The acclaimed Pulitzer Prize-winning Sceenwriter/Playwright/Producer Robert Schenkkan talks about his latest film, HACKSAW RIDGE, Mel Gibson, a soldier who won the Medal of Honor without firing a single shot, and so much more 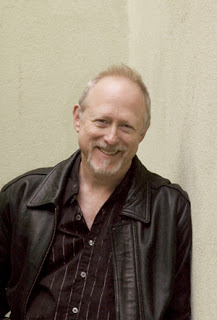 I love talking to creative people, but being able to talk with the great Robert Schenkkan, (Thank you for the introduction, writer/director and friend Michael Medeiros) was truly like a gift from the gods for me. Pulitzer-prize winning, Tony@ Award winning, Writer's Guild Award winning, two-time Emmy nominated writer of Stage, Television, and Film, Schenkkan is the author of fourteen original full-length plays, two musicals, and a collection of one-act plays. He co-wrote the feature film, THE QUIET AMERICAN and HACKSAW RIDGE, and his television credits include: ALL THE WAY, THE PACIFIC, THE ANDROMEDA STRAIN and SPARTACUS.

You've written critically acclaimed plays for both adults and children, written award-winning films, and worked in films like All The Way and Hacksaw Ridge. Was each new creative endeavor an outgrowth of the other? Do you find yourself bringing a different mindset to what you do? And do you have a preference? How different is the world of theater and movies?

I started Hacksaw in 2006 and worked with a number of different directors over the next ten years. I began the research on All The Way in 2010 and the world premiere at the Oregon Shakespeare Festival was 2012. I imagine that the lessons (good and bad) of each  project influence the next but these two had very little to do with each other.

It’s a slightly different tool kit for each, movies and theater, and I very much enjoy moving back and forth between the two. I feel it keeps me sharper, less likely to repeat myself. The primary difference is a legal one but it makes an enormous difference. As a playwright, I retain my copyright and complete creative control. As a screenwriter I don’t own my own copyrights and am thus at the mercy of others. This is why the playwright is more respected in his field than the screenwriter in Hollywood.

I always think that creative people are somewhat haunted and they release some of that anxiety by creating. Maybe that's just me, but if it isn't, I'd love to know what drives you? What's haunting you?

I don’t think of myself as haunted at all – that seems like knee-jerk nod to the old trope that artists are all neurotics and it is their neurosis that makes their art. Van Gogh did not paint because of his depression but despite it. I love words. I love stories. I always have. There is something about writing that is deeply satisfying to me. I like this quote by Lisa Carver, “I write like putting doors on a car or solving a geometry problem – like there’s only one answer, and I keep fiddling till I find it. It’s not talent that I feel when I get it right; it’s goodness. Like I’ve buttoned down one small pocket of the world and what I put inside is safe now.”

Let's talk about Hacksaw Ridge, your newest film, which you wrote. What's so fascinating about the film is that it's about a conscientious objector who found himself in wartime, and actually saved 75 people without firing a single shot. And it's a true story. Where did you learn of this story?  And what your initial intention to do with it. What questions did you want to explore?

I was approached in 2006 by producer Bill Mechanic who had just acquired the rights. I didn’t know anything about Doss until Bill sent me a documentary. I was knocked out and said yes immediately. I think the danger here lies in making Desmond a secular saint. This would be less interesting to watch and actually not true to Desmond’s struggle to reconcile his Faith and his Patriotism. My solution was to focus not just on his external battles with the Army and with his company (although I dramatized that considerably) but also on his internal struggles – his doubts and his despair. The key to the latter was to make central to his character the mystery of why he won’t touch a gun. This is not part of his Seventh Day Adventism or necessarily being a CO. The revelation, deliberately delayed until the second act, is that Desmond doesn’t feel superior to his fellow soldiers, far from it. No, his reluctance to touch a weapon stems from his awareness of his own all-too-human urge to violence. That’s an interesting idea for a conscientious objector.

A writer never gets everything he wants in a move unless he directs it himself but having said that, I think Mel did a terrific job, especially considering how modest the budget was (1/2 of what he shot Braveheart on 20 years earlier!) and how tight the shooting schedule. His action sequences are brilliant and what you would expect from Mel but it was the tenderness of his handling the love story that exceeded my expectations.

What are you working on now--and why?

I have two movies that I am trying to get into production in 2017: THE PROJECT to be directed by Robert Redford about the Manhattan Project and FALL OF SAIGON about America’s last days in Vietnam. We are out to directors on that. I am currently writing a movie for Joseph Gordon-Levitt and Amazon about Reconstruction and I have another film project which is still being negotiated. I have a new play, HANUSSEN, which will be workshopped at the Denver Summit Theater Festival in February and another new play, BUILDING THE WALL, which I hope to have in production in 2017. I have play commissions from A.R.T. and the Geffen Theater and the Public Theater.

What questions didn't I ask that I should have?

What's your favorite quote: From the French novelist, Flaubert. “Be regular and orderly in your life like a bourgeois, so that you may be violent and original in your work.”