The 1950s, the Barbizon Hotel for Women, mystery and more. Fiona Davis talks about her steller debut, THE DOLLHOUSE 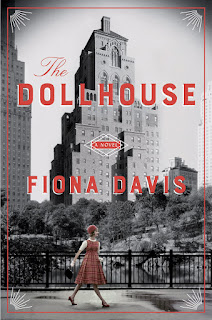 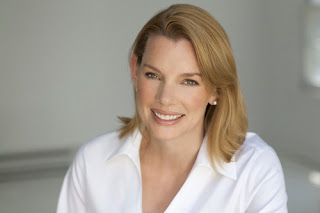 Come on, who doesn't love anything about the 1950s? (I do, I do).  Fiona Davis's debut is already racking up the raves, and rightly so. She began her career as an actress and moved on to writing, and I'm thrilled to have her here. Thank you so much, Fiona!


I always think that a writer is haunted into writing a particular book. What sparked The Doll House?

A couple of years ago, my real estate broker showed me an apartment in what used to be the Barbizon Hotel for Women and is now called the Barbizon 63 condo. Back in the day, the place was 700 tiny guest rooms spread over 23 floors – one guest who stayed there in the 1960s described it to me as a “beehive.” But in 2005, the place was converted into luxury apartments that featured Bolivian rosewood floors, Viking appliances and white-glove service. During my tour, I learned that a dozen or so of the long-term residents still lived there, all on the fourth floor in rent-stabilized apartments, and was intrigued. What was life like for them then, and now? I wanted to learn more.

So I left letters with the doorman asking the ladies of the fourth floor for interviews. As a journalist for the past fifteen years, I’ve found that people love to talk about their lives, their work, themselves. But I didn’t hear a peep back. Turns out they are very private, and not interested in doing any press. But I couldn’t shake the idea, and in a way their reluctance was a gift, as the novel began to take shape and my imagination took flight.

The research must have been absolutely fascinating, especially talking with people who had actually lived at the Barbizon. What did you learn that surprised you the most?

I did interview women who’d lived there in the 1950s and 1960s, and was struck by how many rules they had to abide by. For example, to be a guest, you had to provide three references to prove that you were a good girl from a good family, no men were allowed beyond the public areas of the hotel, and you had to obey certain rules of conduct. One ex-resident said she was stopped from leaving the hotel because she was wearing pants – you could only cross the lobby in a skirt or dress.

Yet they were out there forging careers in journalism, acting, modeling, publishing, and business at a time when women were expected to marry and have children and settle down. It was a coddled kind of independence, living at the Barbizon Hotel for Women.

I loved the structure of the book, the differing time frames and women, from the 1950s up to today. What was the whole writing process like for you?

I’m not the kind of writer who starts at page one and sees where she ends up. Authors who can do that amaze me, as I know that the minute I hit a roadblock I would find any excuse to get up and do something else. (Pay bills? Eat a block of cheese? I have no discipline at all.) And with this book, because there are two timelines, I knew the complicated interweaving of plots required a lot of ground work. I started with figuring out the two main characters’ backgrounds and personalities, then brainstormed scene ideas and created an outline of what I wanted to happen when. It was tricky because I couldn’t let one storyline give away a clue before the other storyline was primed for it, so that the tension for the reader held throughout. There were days my head spun.

From there, it was a matter of the actual writing of scenes. But because I knew where I was headed, I became excited as I drew to the end, to see if I could actually make it work. There were multiple revisions, but the bones of the book were set.

You're a critically acclaimed writer, but this is your debut novel. How was the process unexpected for you? What did you learn?

As a journalist, I’m used to doing something every day that has to do with shaping a narrative – writing, editing, interviewing, researching. And that discipline was very helpful when working on the book because the tools were so familiar. Also, I love being edited. Whether I’m working on an 800-word story on heartburn or an article on a ballet dancer-turned-Marine, I know that my editor will help tweak it and make it really sing, and that definitely happened here, working with both my agent and my editor.

I was thrilled at how supportive and welcoming the author community is. Whether someone has published twenty bestsellers or is a new voice, the writers I’ve met the over past few years go to great lengths to promote each other’s work and celebrate good news. And I have been very, very lucky in finding my agent and working with my editor at Dutton and that was unexpected – to land such a remarkable team.

Great question. At the moment I’m obsessed with another landmark building here in New York City, as I’m basing my next novel in and around it. And that’s a lot of fun: reading about its history, getting tours inside, and learning everything I can. But I won’t mention which one, as I don’t want to give too much away!

If I was a guest at the Barbizon back in the 50s, which group would I want to be hanging out with: The Katharine Gibbs secretarial school girls, the Ford models, or the Mademoiselle guest editors? This may sound crazy, but I would have loved to be a Katie Gibbs secretarial school student. It was a way in to a world that typically excluded women, other than in administrative positions, but many of the students who studied there went on to powerful jobs in business and the arts. Who knows where I would have ended up?!