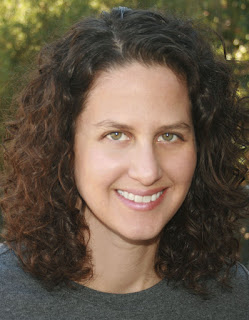 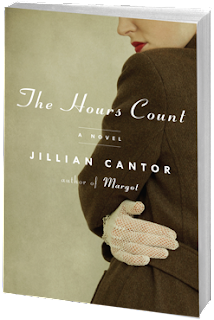 If you want to have a great time at the Tucson Book festival, you want to hang out with Jillian Cantor! But beside being a great tour guide and friend, Jillian is also the author of award-winning novels for teens and adults including the critically acclaimed MARGOT, which was a Library Reads pick for September 2013 and also featured in O the Oprah Magazine, People, Ladies Home Journal, and Time.com. Her most recent book for teens, SEARCHING FOR SKY, was nominated for the 2015 Carnegie Medal in the UK.  Her new novel, The Hours Count, is a devastating exploration of the Rosenbergs. The only thing that would make me happier than hosting Jillian here is having her come have pie in NYC with me. Thank you, Jillian!

I took an anthology of women’s letters out of the library, thinking it would help me with another book idea I’d had (that I never ended up writing). As I was reading through the letters in the book, I came across the last letter Ethel Rosenberg (and her husband, Julius) wrote to their sons, on the day of their execution, June 19, 1953. The letter ends as they tell their sons to always remember that they were innocent. That sparked me to start reading about the case, and I quickly started to believe that maybe Ethel was innocent, or at the very least that she did not deserve to die the way she did. I also learned that at the time Ethel was executed, her sons were only six and ten (very similar to the ages of my own sons as I was writing), so I really started thinking about Ethel Rosenberg as a mother, not as this “spy” as we’ve been taught in our high school history books. Then I read that on the day Ethel was first arrested in 1950 she left her sons in the care of a neighbor. I don’t know who that real neighbor was, but I invented a fictional neighbor, Millie Stein, and that’s where my novel began to take shape.

You’re known for your meticulous research--what was the research like for this novel? Did anything surprise or disturb you?

Thank you – I’m glad you feel that way! I read almost everything that was published (non-fiction) about the Rosenbergs and their case before I started writing, including many of the letters the Rosenbergs wrote from prison. Also, I read a lot about the time period – what the atmosphere was like during the Cold War, the continual overarching threat of the bomb, what it meant to be a communist at the time and even a Jew, and maybe most importantly, what it was like to be a mother. So much surprised me! Initially it surprised me how little evidence there was against Ethel, how a woman, a mother, had been executed just like that. I learned that Ethel was convicted based on her brother’s testimony that she typed up notes, and that she was sentenced to death because of that. That in itself is surprising, but then I learned that years later, in the 1990s, her brother admitted that was a lie, that he’d perjured himself to save his own wife. Many things about the time and motherhood were surprising, too. My main character Millie has a son who, today, would essentially be considered autistic, but, at the time, it was common practice to blame the mothers for a child’s “unusual” behavior, to say mothers were too cold. The theory of Refrigerator Mothers, which I read a lot about, is both shocking and disturbing.

I love the way you took an incendiary story--of the Rosenbergs--and filtered it through the eyes of a young wife and mother who is grappling with her own story. What do you think this structure allowed you to do that you couldn’t have done otherwise?

Above all I think I wanted to write a novel about motherhood and about female friendship. Though I tried to stick to the timeline and real events of what happened with the Rosenbergs and their case, filtering everything through the eyes of my fictional Millie – and also giving her her own fictional story – really allowed me to explore the themes I wanted. Also, I felt this horrible sense of injustice for what happened to Ethel and her children in real life. I wanted to make the novel deal with that in a fictional way. I’m trying to say this without giving a spoiler about the ending, so I’ll just say, adding in the fictional component allowed me to make the story a little bigger – to tell past the moment Ethel and Julius were executed from the view of someone who was close but still on the outside of things.

I always read the first sentence of a novel before I dig in, and yours is a knockout: On the night Ethel is supposed to die, the air is too heavy to breathe. Where did that line come from and why did you start the novel that way?

Thank you! Ethel was executed in the middle of June at Sing Sing, and I read the night was terribly humid. So in one way, I’m commenting on that, setting the scene for that particular night, but I also wanted to get across the point that Millie (who is narrating this) is feeling guilt, having trouble breathing through the mess, the heaviness, she has created for herself.

Margot, your sublime novel before this one, is also historically based—how was the writing of this novel different than writing Margot?

Margot was really more of a what-if – we know that Margot Frank died in the Holocaust, but my novel asked, what if she didn’t? What if she made it to America and saw the overwhelming commercial success of her younger sister Anne’s diary? What kind of life would she have in Philadelphia in 1959, the year Anne’s diary is made into a Hollywood film? In The Hours Count I basically stick to the historical timeline as it existed, from the years leading up to the Rosenberg’s arrest through to their execution. Before I began writing I made a huge chart on my office wall, detailing the historical timeline with all the true historical events I wanted to include in the novel from 1947-1953, and then I wrote the fiction around these events. Also, this time, I’m looking at these events and real people through the eyes of a fictional woman, who not only becomes involved in the Rosenbergs’ lives but who also has her own struggles with her marriage and her child.
What’s obsessing you now and why?

Stamps! I’m finishing a draft of my next novel, which is about a stamp engraver in Austria just before WWII who uses stamps to work with the resistance, and also about a woman in 1989 Los Angeles who discovers one of his stamps and unravels his secret love story. Honestly before I started thinking about this book I never thought about how stamps were made, who created them, and what was involved. Or even the reasons why people collect stamps. There are so many stories in stamps!

Hmmm, good question! You asked fantastic questions, Caroline, and thanks so much for having me on the blog! I’ll add onto your last question – how about what’s obsessing me now outside of the writing world? I recently adopted a rescue dog, an adorable little chiweenie who’d been abandoned by her previous owners. It’s the first time in my life I’ve ever had a dog (I was always a cat-only person up until now), so I am currently obsessed with all things dog!
Posted by Caroline at 9:19 AM