Barbara Shapiro talks about THE MURALIST, becoming a mega-bestseller, wrong turns that turned into right ones, and so much more 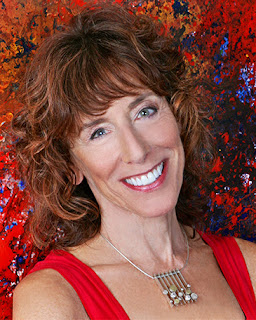 So here is the thing about Algonquin Books authors. We tend to support and adore one another--and we all know how lucky we are to have such a publishing house behind us--and such great writer friends. I first met Barbara Shapiro when she signed onto Algonquin. It was her first book with them--and my second--and we soon began having events together, going shopping, talking about boots, books and writing, and everything else. She is the author of seven novels (The Muralist, The Art Forger, The Safe Room, Blind Spot, See No Evil, Blameless and Shattered Echoes), four screenplays (Blind Spot, The Lost Coven, Borderline and Shattered Echoes) and the non-fiction book, The Big Squeeze.

Her last novel was on the New York Times Bestseller list and there's little doubt that this one will be there, too!  Thanks so much, Barbara for being here!


So much of this extraordinary novel is about how art can influence politics--and vice versa. There are a lot of discussions about whether or not art can or should be provocative as well as great, that it can have a power beyond artistic merit,  which I found fascinating. What do you hope to influence with this novel, which is surely art?

I do believe that art – and literature – should be provocative. If a novel or a painting doesn’t make us think, doesn’t make us ask questions of ourselves and of the world, then it’s just words on a page or paint on a canvas. I hope The Muralist both entertains and forces the reader to confront some difficult issues, particularly the plight of refugees, both then and now. What are the lessons we can learn for the past? And alternately, are we capable of learning them?

You became a mega best-seller with The Art Forger. How did that change the way you write? The way you look at publishing?
The success of The Art Forger had a huge impact on my writing, primarily that I quit my job and was able to write full-time. The ultimate gift. After five previous novels that didn’t do particularly well – to say the least – I now understand the power of a great publisher with a killer marketing and publicity team, and I thank Algonquin Books every day.

I love the line where a friend of the artist Alizee comments that  ‘she wants to do something so badly that she can’t see what’s possible and what isn’t.” I love that push to try.  And what is the cost if it isn’t possible? Do you think that trying is enough?

I don’t know if trying is enough, but I do know if you don’t try, then you’re never going to get what you’re striving for. I think the pain of losing is less than the pain of knowing that you didn’t give it your all. Or at least it is for me.

This remarkable story is told through the eyes of two people, present day Danielle, searching for the mural that her aunt--who went missing--painted. And the story of The Muralist Itself.  I always have to ask what sparks a novel? What was haunting you so that you had to write this?

I wanted to write a novel set during the depression that had both art and a mystery in it. When I started my research, I discovered that when the WPA closed down its art section, they threw all the art in storage out on the street as trash. What if someone in the present found a box filled with these paintings? What if they were painted by Jackson Pollock, Lee Krasner and Mark Rothko, all of whom worked for the WPA in New York City? What if there were secrets hidden behind each of these paintings that led back a mystery in 1940? Hence, Danielle in the present and Alizee in the past.

The Muralist also explores the plight of the Jews trying to escape Nazi Germany and get to America and brings out horrifying things I didn’t know--that the United States was in no hurry to enter the war and save Jews. That Jews, as well as blacks, were already being persecuted in America. What else surprised you in the research?
Those things surprised me, as did the true story of Breckinridge Long, FDR’s man in charge of allocating visas to refugees. He was an ardent anti-Semite, and we now know that he was responsible for refusing congressionally approved visas to 200,000 refugees, who were forced to remain in Europe during WWII. We also know what happened to most of them.

So I have to act--where does your fascination with art and art history come from?

I wanted to be an artist when I was a little girl. My parents supported this and sent me to art classes. It quickly became apparent that I didn’t have any talent, so instead I became an art appreciator not creator. What better than to create protagonists who are artists so I can pretend to be them?

Tell me about your writing process of this novel. How did it differ from The Art Forger? What did you discover in the writing and were there any wrong turns that turned into right ones?
So many wrong turns. Four years of them. A few turned into right turns, but very painfully so. After writing for two years, I gave my manuscript to my editor, who was much less enamored of it than I was. Two more years of rewriting and rewriting and rewriting. What I discovered is that, for me at least, it takes a long time to get to the final product, and I just need to go with it. Good thing I like to rewrite – although not quite this much.

There are such fascinating cameos in the novel--from Eleanor Roosevelt to Jackson Pollock.  I know you have fictionalized just about everything, but you still must have done some research in order to change it, right? So, what was your research like? Recently, the writer Mary Morris told me, when talking about research “never look for facts. look for the stories.” Care to comment? And I’d also love to know what surprised you in your research.

I couldn’t agree with Mary Morris more. A historical novel – even when it includes actual people – is a story above all else. It’s not necessarily about names and dates, which I see as background, it’s about a life lived during that historical moment with its ups and downs, its goals and obstacles, all of which illuminate the human condition, no matter when or where it takes place. I use research more for ideas than I do for facts.

What's obsessing you now and why?
I’m writing a new novel – working title, The Collector’s Assistant – about post-Impressionist and early modern art so I’m completely taken with the work of Matisse, Renoir, Picasso, etc. The book is set in Philadelphia and Paris during 1920 – 1936, so I’m also deep into research about that time and those places. But mostly I’m obsessed with my main character, a deeply damaged and flawed woman who does what she has to do to right the wrongs against her. Again, story over history.

What question didn’t I ask that I should have?
How do I feel about launching a new book following on the success of The Art Forger? Terrified.