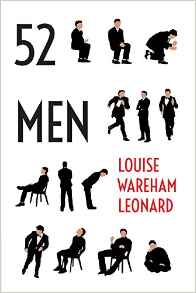 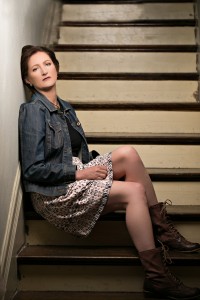 How can you resist a memoir called 52 men? I certainly couldn't. Louise Wareham Leonard won the James Jones Literary Society First Novel Award for Since You Asked and was published by Akashic Books, New York in 2004. Her second novel, Miss Me A Lot Of  was a New Zealand bestseller.  I'm thrilled to have her here.

For me, writing any sort of autobiography (even fictional autobiography) is always nerve-wracking because you truly are unearthing your soul.  Was it this way for you?
I spent my early life not being heard –at least in one way -- and the more I was not heard, the more I needed to be. For a long time, writing was a way for me to make things real  –not to be told that my feelings  were ‘wrong’ or  that I shouldn’t have them.  Writing publicly was a hurdle I avoided somewhat, both from fear of hurting people and from fear that I didn’t know everything yet, that I didn’t have the big picture or the ‘right’ picture.  But the beauty of getting a little older, is that you really can come into your self and your truth -- and no can take what you feel from you.
Writing the truth, either literally or emotionally became in 52 Men and my recent work, a pleasure.  I write to speak of all I kept in over so many years -- and I also write for all the other girls and women out there who are taught to doubt their feelings, to doubt their reality.  My work is for you/them.

You’re a critically acclaimed poet. Did writing fiction come naturally to you? How different was it?

For me the hardest thing, was finding the right form to express my experience. For a long time, I thought I was supposed to be a traditional novelist –  but I struggled with, for example, multi-generational psychological dramas that seemed to make sense of everything.  I couldn’t fit my life or past into that; nothing matched up neatly, it seemed impossible to find one way to see things, one vantage point that stayed the same. I thought for a time that poetry would work best for me because it has hidden spaces and is subtle and oblique.  Yet as soon as I started to create my own kind of work – a mix of styles, – a kind of intense ‘poetic’ prose, with space and elision and the ability to change directions and emotions, I felt happiest. Quickness, lightness, intensity, that’s what I love in language, in hybrid works, in texts that use different forms.

I love the structure of the book—the vignettes, the occasional photo of a note, the lists you make. Was this always how you saw this book or did it metamorphose into this shape?
I was inspired by George Perec’s W, or the Memory of Childhood in which two stories play off each other.  I also see the childhood story in 52 Men (Ben – Part 2) as an explosion in early life and the 52 Men the result or ‘fallout’  of that explosion. It is a very simple structure.

In terms of photographs, and visuals, for me they add a mystery and depth while at other times, objects -- a letter or a card  -- seemed to represent an entire relationship or man all by them themselves  -- like #47, his rage and intelligence tell you the whole story in just one of his own paragraphs: “Generous of you to write, considering the rather over-the-top nature of my letter.”  His whole tone and energy, it’s all there.  Or the lists of words about sex:  Sergios’ funniness and sexiness and brightness, it’s all in his “Project #1 #2 etc.  “to nail, to “paste to the bed,”  or “jewelry box,” “garden.”

There are so many quotable lines --(I was driving with the world’s most famous author. Now I would be famous, too.) And so many (well 52) men, some of them famous, some of them who died young.  Do you see any cause and effect in your relationships? Did one man lead to the next?
Thank you!
As testament to the bomb/explosion metaphor, the 52 are in no particular order, but scattered all around.  Yes, one led to the next, but some were mere encounters, others relationships. What unites them is that I was single, I was in New York, I was open to all kinds of people. I was always fascinated by the different lives each man seemed to make available to me – it was down the rabbit hole into all of these dizzying fantastic or sometimes terrifying worlds.

One day I could be out with my all denim-clad Irish Dexy Midnight Runners hairdresser from Jean Louis David, the next looking at a $6 million triplex in Tribeca with a man who turned out to be a gangster.  One day I was taking a gun from the hand of a narcotics officer on Jane Street, the next strolling up Fifth Avenue with a blueblood named Hewson Baltzell.  I was open to everything.
In other ways, of course, I was also open to nothing, because like most of us, I’d been hurt in childhood, and  was trying to get free of that and was not as ‘available’ as a girlfriend or wife as I imagined I was.. .

Publishing has changed so much, and I really love and support the small presses like Red Hen.  What has your experience with them been like?
My three books are all with indie presses but Red Hen has been like no other experience.  Not just I, but my agent, and all the staff at Red Hen have worked relentlessly finessing  and pitching the book. It has been a tireless team effort – frustrating at times as the market is so saturated – but to have anyone work hard on your behalf – who could knock it?

What’s obsessing you now and why?
The viciousness of social media is bothering me. It’s brutal and I am really disturbed at the lack of respect and the total public shaming of people who might have just made a mistake. One day, it could be you – or me – who puts a foot wrong – and I want never to be one of those people adding to the nastiness. At the same time, I have opinions too, and the trick is to use anger, passion, rage wisely. I want to speak up against certain things – lies, greed, deceit -- but I want also want to be a good person.   I do not consider myself a victim of men, but of individuals; I am not weak or disadvantaged because I am a woman. I have strengths as a woman men can only envy lol.

What question didn’t I ask that I should have?
How many times have you been engaged?  Four. Married? Once, at age 41
Posted by Caroline at 9:55 AM