Bryan Reardon talks about his gripping new thriller, Finding Jake, whether we canr eally know our kids, writing, and more


What's more terrifying than a school shooting? And what if people suspect that your son might be the shooter? That's the topic of Bryan Reardon's terrifying new novel, Finding Jake. Bryan also co-wrote Ready, Set, Play with retired NFL player and ESPN analyst Mark Schlereth and Cruel Harvest. I'm thrilled to have him here. 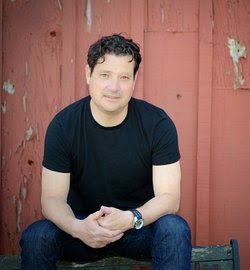 So much of this book is about Simon, the father, struggling to understand what he does and doesn’t know about his own son. Do you think we can ever really know our kids? Or anyone for that matter?

My short answer is no. But let me explain. One day, when our kids were about five or so, we sat around our way-too-small kitchen table talking about what they wanted to be when they grew up. My daughter said she wanted to be a fashion designer and live in France. I turned to my son and he answered me with a very serious expression. "I want to be a red dentist." Huh? I think I actually got nervous about this. What does that mean? Why would a dentist be red? Shouldn't he want to be an astronaut or a football player?

I used to think that I'd be a really open dad that talked to his kids all the time. I'd have these very serious conversations sitting at the foot of their beds, nodding and coming up with the perfect hip but wise advice. I assumed that meant I'd know everything about our kids, that there would be no secrets. Back on that day while I sat at the table looking into the unwavering eyes of my son, I knew without knowing how wrong that is. I talk to our kids all the time. They even tell me stuff. But I have no idea who they really are, or why they might want to be a red dentist.

I wonder if thinking you know someone is a trap. Maybe we sometimes put people in a perfect box of predictable understanding only to find out later how little we actually did know. Or worse, maybe we attribute certain motivations to people based on what we think we know about them. I've definitely been guilty of that one and been proven wrong a ton of times, sometimes for the better, sometimes for the worse. I'd like to think that maybe the only person I really know is my wife. But maybe she's pulling the wool over my eyes, too…. (just kidding, honey). But if my son grows up to be a red dentist, then everything I wrote above is moot.

I loved the portrayal of Simon, who is the only stay-at-home father in the neighborhood, whose marriage is cracking at the seams even as he is desperate to find his son. How difficult was it for you to write such a character, as a father yourself? And did it change anything in the way you relate to your kids?

I'll be completely honest, I wrote what I know but with fiction. I am a stay-at-home dad. I do worry a lot. Many of Simon's worries are my own. But the fiction comes when you put Simon and his family in the situation of a high school shooting. The idea for the high school shooting was not to capitalize off of other people's tragedy. I'd recently read Dave Cullen's book Columbine. I'm not sure what to say about that book. You can't say you loved it, but it impressed me. Particularly how honestly it dealt with both the victims and the perpetrators. What really stuck with me, and what sort of inspired Finding Jake was what Dave Cullen wrote about the Klebold family. The two ideas came together: what if a dad like me was faced with the horror of a situation like that?

Parenting is by far the hardest job I've ever had. I worry every day that I am doing it wrong. Maybe we are supposed to be guide rails. We may not be able to know our children but maybe understanding them and guiding them is enough. You kind of know they are going to swerve back and forth, but maybe it's enough just keeping them from going off the cliff.

The structure of the book was really powerful, the way these two intersecting story lines  between the present and the past converge. Was this intentional from the start or was this a discovery you made while writing the book?

The book definitely started that way. In my mind, I jumped in with Simon at the end of this journey. I imagined him both reliving the tragedy and rethinking every moment in Jake's life. Those past scenes felt like pieces of the puzzle being slowly put back together, each one tying back to Simon's internal struggles, each scene reaffirming or re-panting his memory of Jake.

I also wanted to talk about the tension in the book that builds and builds until the ending. Did you know the story before you wrote it or was it an act of discovery? Which brings me to the question: what kind of writer are you? Do you have rituals you do? Do you map everything out?

I try to map things out and outline, but I really stink at it. As for knowing the story beforehand, I'd say 50/50. I had no idea how it would end. In fact, the last third of the book just came out so fast. Somehow, I almost felt like I lived those moments, and I definitely got caught up with them.

I think that I write from my gut. I get the feeling that when I outline I tend to write blandly. At the same time, if I get to a spot where I have no idea what's going to happen next, I freeze up. So, every time I stop writing for the day, I tend to jot down a few thoughts on where the story is going next. That way when I start back up, I have some guidance. I also find that driving and showering provide the best opportunities for inspiration.

I have to ask you, did you name the father Simon after your rescue dog?

Great question! The answer is actually no. And it's kind of freaky. I started writing this book just after the New Year in 2013 and named the characters Simon, Jake, Laney, etc. Their names never changed during the editing process. On President's Day, my wife, who never really wanted a dog, showed me a picture she found on Petfinders.com. He was one of a litter of four rescue puppies, all named after the judges on X Factor: Reid, Brittany, Demi and Simon. We adopted him on sight. The kids were so excited to give him a name. But when we got home and watched him for a while, everyone just looked at each other with the same thought. He's totally a Simon. So we kept his name.

Two funny things I should mention along these lines. First, Jake is actually named after a neighbor's dog. I was sitting by a window and saw him in their backyard when I was deciding on a name. Second, it is embarrassingly obvious the ending was written after we adopted Simon. Those two dogs were never part of the original plan. Simon, the dog, just stares at me a lot as I write.

Still and always - our kids. Getting another book deal. What to put on Facebook because apparently that is more important than I realized?

Just one last thought. I think the hardest part about writing this as a father was and is worrying people will think Jake is my son. I actually questioned submitting this book to anyone for that reason. He isn't. Although I thought of him and my daughter a lot as I wrote it. However, the physical description of Jake is my son. There has never been a more haunting day then when I first opened the email with the cover art in it. The cover is an older version of my son, there is no denying it.

If Jake is anyone, he's an amalgam of a few other kids I've known, some from when I was a kid. I wonder, though, what our kids will think when they get older and read it. Will they see themselves in some of the stories? Will they be angry with me? Who knows?

Similarly, I've lost sleep over what people might read into the story. I've already had a few think they were characters in the book. One time, someone said, "Oh, you wrote about me in such and such a part." I didn't have them in mind at all during that scene, but I did in a different scene. Truthfully, though, no one is really in the book. Sometimes I used situations from real life and embellished them to make the point I wanted to make. I really wanted the flash back chapters to point back in some way with the current sections, so the characters had to act in certain ways and say certain things, none of which ever really happened.