Meg Wolitzer talks about her astonishing YA novel Belzhar, why novels matter, why ZA is such a great Scrabble word, and so much more

Let's start first with something that isn't hyperbole: Meg Wolitzer is one of our greatest living authors. And I'm not the only one who thinks so. Her last novel The Interestings was named a best book of the year by Entertainment Weekly, Time, and the Chicago Tribune, and was also named a notable book by The New York Times Book Review and the Washington Post. She comes from literary aristocracy (Her mother is the wonderful Hilma Wolitzer, author of An Available Man), and both she and Hilma are warm, thoughtful and especially generous to writers.

Meg is the author of a novel for young readers, The Fingertips of Duncan Dorfman, and her adult novels include The Interestings, The Uncoupling, The Ten Year Nap, The Position, The Wife, Surrender, Dorothy,  This is Your Life, Hidden Pictures, and Sleepwalking. Her short fiction has appeared in The Best American Short Stories and The Pushcart Prize. Her newest novel is a YA, Belzhar, and it is all about the profound power of reading and writing, and about healing and loss.

One of my friends always says, "When in doubt about what to read, reach for anything by Meg Wolitzer."  And she's right. I'm honored to host Meg here. Thank you a million times, Meg! 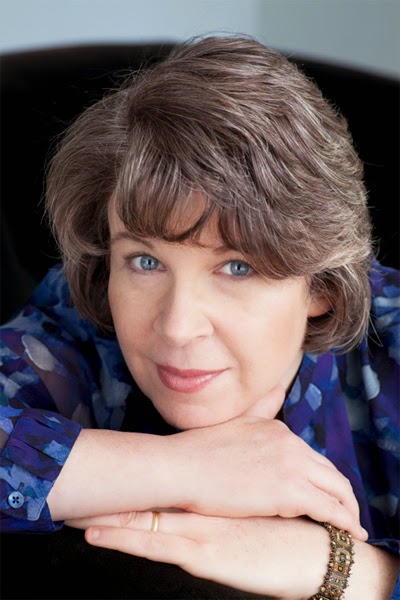 What made you decide to write a YA? And if you had written this for adults, how would it have been different?  I ask because I loved the book and I’m wondering why there are lines between YA and adult literature? Is this a marketing decision, do you think?

I have often written about adolescents in my novels, so it wasn't that much of a stretch.  I also had a teenager living at home at the time, and I saw the way he was affected by certain books written for young people. And when I read one, I was struck by its depth; I felt that I understood my son more through seeing what had moved him as a reader.  When I sat down to write Belzhar, I was very aware of my own teenaged self, and I tried to write the book that would've affected me when I was young.  But of course, there's a lot of overlap now among readers--as has been widely reported, it's not just teenagers who are reading YA.  (I actually just wrote an essay about this in the New York Times.) When I wrote Belzhar, there were certainly some differences from how I wrote, say, The Interestings. I was less digressive and expositional in my YA book--it felt right for my character's voice, which needed a kind of immediacy.  As for marketing decisions, a lot of people feel that certain novels that are viewed as classics now and which feature young characters, would be considered YA if published today.

What I love so much about the book, among many other things, is the way you approach reading and writing. “Words matter,” Jam tells us. I know from experience that writing can transport and heal in ways you can’t imagine. I’m wondering, when you are working out things in a novel, the things that absorb you, do you ever go back and reread that novel years later, or like the kids in Belzhar, do you push forward because the need to be in that world is gone?

I rarely go back and read a novel I've written.  I just can't do it. I prefer to sort of push forward through my work and hope that I'm changing and growing with each novel.  But I leave it to other people to tell me if I am.

I’ve often thought that writing and reading have saved my life, mostly because they were escapes from a very unhappy childhood, and I was  enthralled to find that those were the prescriptions for these troubled  kids. it always bothers me when I see kids glued to their cell phones, because I feel that’s not the transcendent experience they could be having. Do you think there is a way to get kids to read more (or to get men to read women writers more)?

One thing that can help is if people were able to slow down in their lives sometimes and look at the ways they've been distracted.  Having an overview of that can really be jarring, but it can also allow you to make some corrections.  For me, reading is about intimacy; I love the connection I feel to a good novel, and whenever this happens, the world drops away.  As for reading women, I think in some ways it's definitely getting better out there.  Still, it's amazing that we are  having these conversations so long after the advent of second-wave feminism.

So, you’ve written screenplays, sung with Suzzy Roche, performed on public radio. Is there nothing you can’t do--and just to turn that question on  its head, what thing can’t you do, that you wish you could?

Well, we aren't speaking to my actual ability level in these different fields, of course, but I do like trying my hand at a lot of things; it keeps life fairly entertaining.  I particularly like the performing side--which is so different from sitting and writing.  I have enjoyed getting up on stages and doing something more than reading the words in front of me. As for what I really can't do:  I can't do math, and I can't figure out directions, and I am embarrassed by both of these weaknesses, but there you have it.  So you will not likely see a novel from me about a mathematician or mapmaker.

What’s obsessing you now and why?
Terrible stories from around the world.  It's hard to read the news, and
then say, Okay, time to write fiction.

And I have to ask, since I read you’re a voracious Scrabble player, do you
know all those tricky two letter words, like Aa and Ki?

Of course.  All them, even including ZA, which is short for PIZZA.
Posted by Caroline at 10:44 AM