Lesley Kagen talks about her just-out novella The Undertaking of Tess, her novel coming this March, The Resurrection fo Tess Blessing, PTSD, tinkering with writing a ghost story, and so much more! 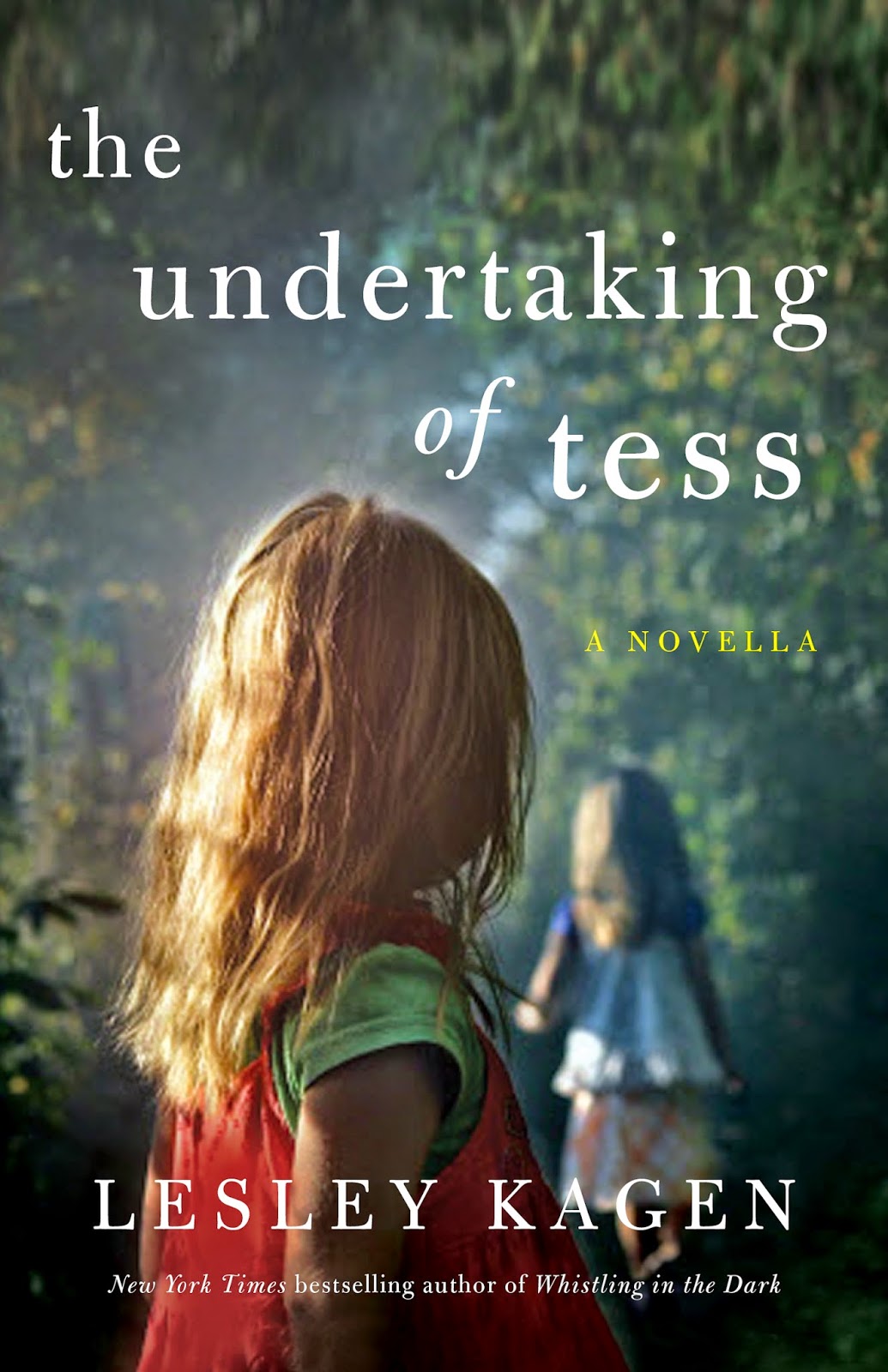 Lesley Kagen is the New York Times bestselling author of Whistling in the Dark, Land of a Hundred Wonders, Tomorrow River, Good Graces, Mare's Nest, and her new novella, the Undertaking of Tess, (just out!) and the upcoming novel, The Resurrection of Tess Blessing, coming March 2015. Okay, okay, I couldn't wait until March and wanted to talk with her now. Thank you so much, Lesley--for everything. 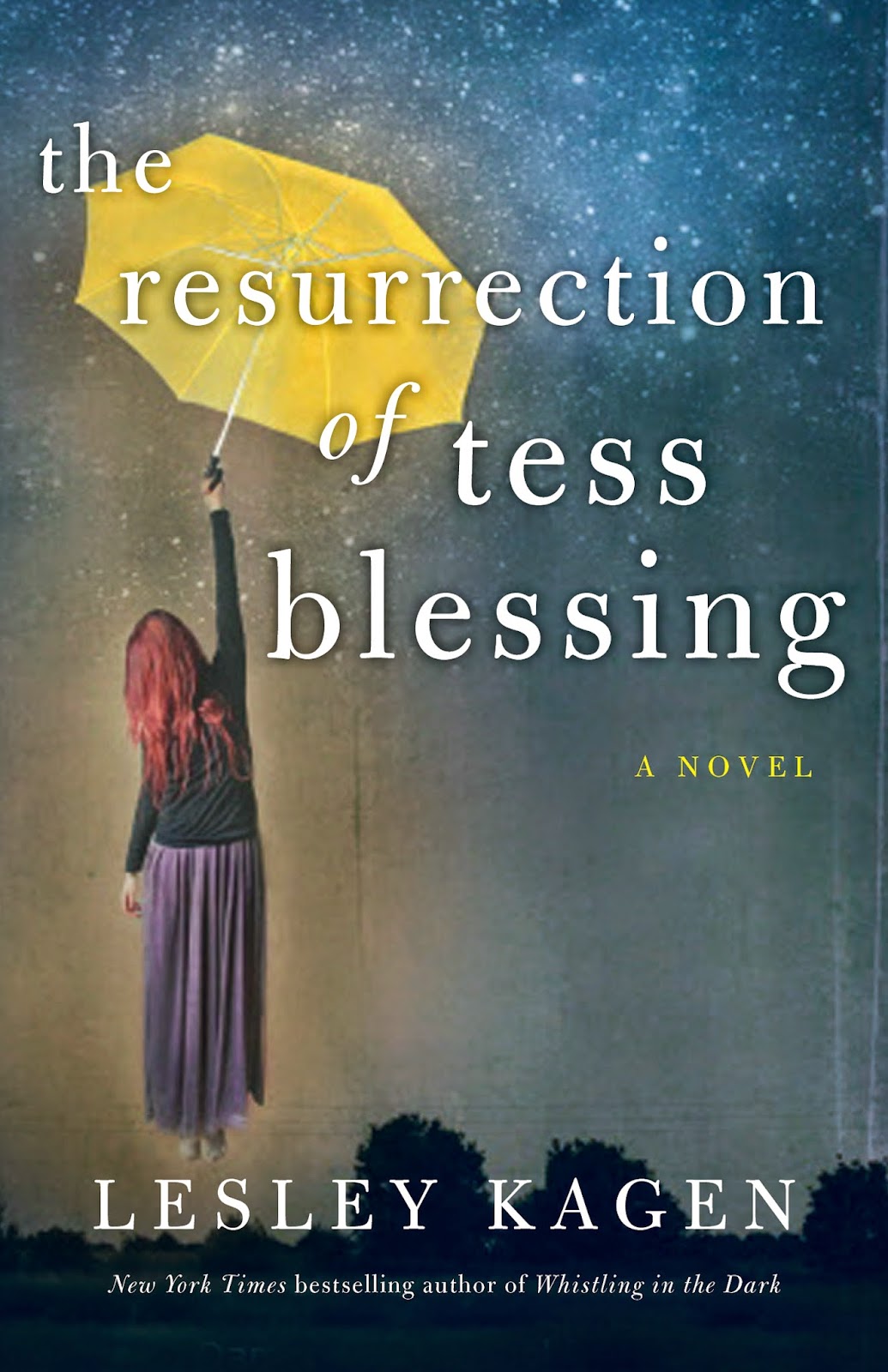 Why write a novella?

When I wrote the novel that's being released in March 2015-- THE RESURRECTION OF TESS BLESSING--I had to edit out much of the Finley sisters back story so it would flow better. Basically, I wrote the novella in order to tell more about how the girls came to be who they are when we meet them in middle-age because just about nothing intrigues me more than how people evolve.

Did anything surprise you about writing it?

I'd never written a novella before, so I was quaking in my boots. Once I got the feel of it, I absolutely adored it!  I hadn't intended it to be as long as it is, but all sorts of things started to happen with the sisters that I didn't anticipate. I had to stop myself from turning it into a full length novel. On the other hand, I was so taken by the shorter form that I can't envision myself writing anything but now.

Your characters always seem so incredibly alive and rich. How do you go about structuring them?

Thank you for saying such a kind thing about my characters. I think they feel detailed because so many of them aren't fictional, but real people. I have PTSD, which in some ways is a blessing to a writer, the same way a cruddy childhood can be. Because of the way most everything and everybody imprints on my brain, it's not so much like I'm writing characters as hopping into a sensual Rolodex.

I'd like to revisit the Finley sisters, who I fell so in love with. I'd make it historical fiction again, set during the same time period as the novella (1950s) because I'm nuts about exposing the "good old days" for how they really way were, which was not that good at all. I'm pretty obsessed right now with writing anything that would flow easily from my heart, make readers laugh, but also intrigue them. Maybe a ghost story? A pint-size thriller? A middle-age psychological suspense crossover? Consider yourself warned Neil Gaiman!

Is there any genre you wouldn't try?

While I admire those who can, I don't think I'd be good at all at writing sci-fi. The stories tend to be future based and I like hanging out in the past. Also, many sci-fi characters appear to very good at electronics and math, and I believe in the old adage, "Write what you know." Believe me, you do not want me to parallel park your car or balance your checkbook. The left side of my brain doesn't appear to exist. Hey...wait a minute! That's a pretty good idea for a sci-fi story!