Emily Arsenault talks about What Strange Creatures, balancing humor with terror, and how writing this book as a first time parent changed her, and so much more. 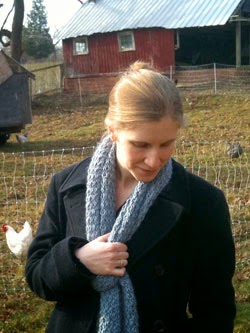 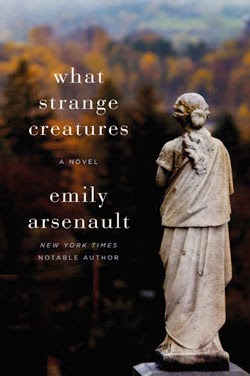 Emily Arsenault wrote her first novel in fifth grade.  Her latest, What Strange Creatures, about family bonds, love, loyalty--and murder, is a stunner. She's also the author of The Broken Teaglass, In Search of the Rose Notes, Miss Me When I'm gone, and I'm thrilled to have her on the blog. Thank you so much Emily!

For such a terrifying scenario, there is also a lot of humor in the novel. How did you balance the lighter moments with the darker ones?

That’s a good question. This is my fourth book. My first book, The Broken Teaglass, had a lot of humor in it. The two after that didn’t have all that much, and when I sat down to write What Strange Creatures, I was determined to make humor a priority again. I decided that what had prevented it in book two (In Search of the Rose Notes) and especially in book three (Miss Me When I’m Gone) was that the murder victim was too close to the narrator for anyone to have very much of a sense of humor. That is, the tragedy of the victim’s death overshadowed the tone of the book. With What Strange Creatures, I made the accused close to my narrator instead of the victim. Still a pretty grim situation, but nonetheless Theresa and her brother tend to survive tough times through humor and sarcasm. They can’t help but continue that habit even when the situation is more frightening than any they’ve ever experienced before.

What surprised you about the writing?

This was the first book I wrote as a parent. I started it when my daughter was about five months old and finished it when she was about eighteen months. I suppose what was most surprising to me about the writing this time around is that it doesn’t always need to be torturous. I had relatively short writing sessions to work with each day (or every other day), and learned to get right to work and enjoy it as an entertaining “break” from parenting rather than something to get stressed about. Writing novels is a joy and a privilege, not a burden. This is not to say it can’t sometimes be difficult, but I believe that before I had my daughter I perhaps took my writing opportunities for granted.

These were such great questions—I don’t have much to add. Thank you for giving me the opportunity to discuss What Strange Creatures!
Posted by Caroline at 11:12 AM