J. Courtney Sullivan talks about The Engagements, our fascination with marriage, spanning 100 years and why a "diamond is forever" 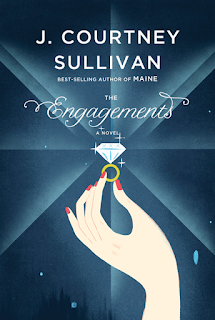 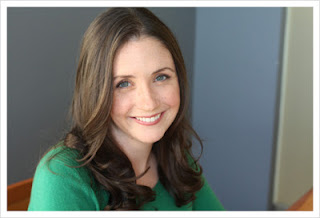 Quick, name someone who doesn't adore J. Courtney Sullivan? Can't do it, can you? She is the author of the New York Times bestselling novels Commencement and Maine, which was named a Best Book of the Year by Time magazine, and a Washington Post Notable Book for 2011. Courtney’s writing has also appeared in The New York Times Book Review, The Chicago Tribune, New York magazine, Elle, Glamour, Allure, Men’s Vogue, and the New York Observer, among others. I'm thrilled to have her here and I cannot thank her enough--but I'll try.

What do you think it is about marriage that fascinates us so much? Did you discover anything startling in it while you were writing this novel?

Marriage is one of the most conventional, universal human experiences and yet every marriage is completely unique. As a novelist, I love exploring the aspects of relationships that we don’t necessarily get to see in real life—those private moments that exist between two people when no one else is looking.

When I started writing The Engagements, I was thinking a lot about how and why we choose the mates we do, and what happens next. Is a successful marriage based on compatibility, or does it have more to do with luck and the circumstances that befall a couple as they move through life? I wanted to create a cast of characters who are at different stages of the process: Evelyn and Gerald have been married for over forty years and their greatest heartbreak is their son’s failing marriage—through him we see how a marriage becomes about the whole family, not just the married couple. James and Sheila are in that frenzied period when the kids are young, money is tight, and there are few chances to be alone together. Delphine married her husband because he was kind and familiar, but the passion was never really there. Seven years later, when she meets a sexy younger man, she is forced to choose between comfort and excitement. And Kate rejects the very idea of marriage, seeing it as outdated and problematic.

The novel is structured into five interconnected stories and spans a hundred years. Did you know that was always going to be the plan? Why do it this way and what were the difficulties--and the rewards?

I wanted to write about these particular marriages, but also to tell the story of marriage in America as a whole. The lives of individuals are so often shaped by legal and cultural realities. In Evelyn’s present day (1972) interracial marriage is newly legal and no-fault divorce is a new phenomenon. In Kate’s chapters (2012) same sex marriage is just beginning in New York. With progress there sometimes comes a tendency to forget our recent past. It’s important to remember that only forty-some years ago, it was illegal for a black man to marry a white woman in this country. A wife couldn’t get a credit card without her husband’s permission. These big picture ideas of course had consequences for the lives and stories of individuals.

Evelyn grew up in the 1920s, when divorce was considered a scandal. Kate grows up in the eighties and knows more kids with divorced parents than married ones. Being about her age, I’ve often considered how my generation had all the information right up front, courtesy of our parents—marriage might not last. Yet my friends have all gotten married anyway. The institution changes with each passing decade, but in some ways it stays exactly the same.

I wrote the five stories separately, almost like five novellas, and then had to cut them together. That allowed me to focus on each character in a really intense way, which I loved. But it was also kind of scary—I wrote my other novels in a linear fashion because even though there were multiple points of view, there was really only one story. This time, I had to write 400 pages and then combine them before I could say whether or not the story worked as a whole.

I loved that one of the characters is responsible, in 1947, for that iconic ad line: a diamond is forever. The advertiser’s view of marriage is not always in synch with what is going on, but how deeply do you think advertising influences how we think we should feel, and what can we do to break that cycle?

I absolutely believe that advertising is a powerful (and sometimes dangerous) tool. This is the reason why I can't attend Super Bowl parties anymore, because by halftime I will inevitably be in a fight with someone about how damaging those awful, sexist ads are—the men are always portrayed as dolts whose only reasons for living are football and beer. The women are either nagging wives or Danica Patrick.

This is one of many reasons why I included Kate in the book. Not only does she resist the idea of marriage, weddings and (especially) diamonds, she's also wary of everything else that's sold to her and her family--princess toys for her toddler daughter, reality television, genetically modified food, and so on.

All of this said, as I researched the careers of Frances Gerety and her co-worker Dorothy Dignam, I couldn't help but fall in love with them. They were such pioneers. Dorothy was writing advertising copy as early as World War I, and she kept these great lists of questions that men asked her every day, things she was expected to know as a woman in the office, like Could a winter hat have a bird’s nest on it? Is Macy’s singular or plural? What do you give a girl graduating from a convent? Do women ever warble in the bathtub?

At the time, women were only hired to write ads for women, a task that was seen as sort of beneath men. But any woman working in advertising in the forties probably didn't have all that much in common with the average housewife. Frances Gerety wrote "A Diamond is Forever" in 1947, and every De Beers ad after that until 1970. Dorothy did the PR on the account. Together, they helped to create the modern diamond engagement ring tradition. Yet neither one ever married. At a certain point in their lives, both women wanted to write the Great American Novel. I think in a way that when they created ads, they were creating a fiction rather than reflecting reality. Unfortunately, many Americans couldn't tell the difference.

I wish I could claim that some lofty literary pursuit was occupying my mind, but the truth of the matter is I am getting married later this month, eleven days after the book comes out. So most of my thoughts at the moment are about seating charts and the fear of dancing awkwardly in front of 120 guests.

I think some people believe that novelists write fiction to reveal an absolute understanding of the topic at hand. In my case, one of the main reasons I write is to ask questions that I don’t know the answers to yet. I look for answers—or at least possibilities—as I go. In this case, I started writing the book before I was engaged but my now fiancé and I had been together for two years, we lived together, we had a dog. We knew we would get married sooner or later, so I definitely had marriage on the brain.

I’m really proud of the research that went into this book. Commencement and Maine, my first two novels, centered on worlds that I knew well. This time around, I wanted to challenge myself by writing about worlds unknown to me—modern paramedics, the rare instrument business in France, advertising in the forties and fifties, and so on. Before I was a full-time novelist, I spent four years as a researcher at the New York Times, working for the op-ed columnist Bob Herbert. I’ve always been amazed by the generosity of strangers in this respect—all you have to do is ask and they’ll tell you their stories.

Anne Akiko Meyers, a wildly talented violin soloist, helped me write the violin virtuoso who captures Delphine’s heart. The paramedics in Cambridge, Massachusetts brought me on ambulance ride-alongs and answered hundreds of questions. And Frances Gerety’s former co-workers and neighbors shared their recollections of her. I built extensive family trees for Frances on Ancestry.com. I worked with her photo hanging over my desk, and even consulted with a private investigator.

Throughout the book, I quote from confidential memos between De Beers and the advertising agency NW Ayer. For two years, I searched for these memos without success. Then, at the very last minute (the day before the book was due) I visited the woman who bought Frances Gerety’s house in Pennsylvania. When I left, she handed me a box—the only thing Frances left behind when she moved. It contained wonderful family photos and all of the confidential memos.