B. A. Shapiro talks about The Art Forger, a November Number 1 Indie Pick, struggling in publishing before Algonquin, and what really happened to the paintings stolen from the Isabelle Stewart Gardner Museum? 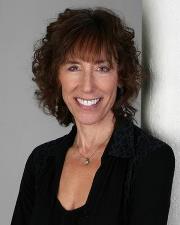 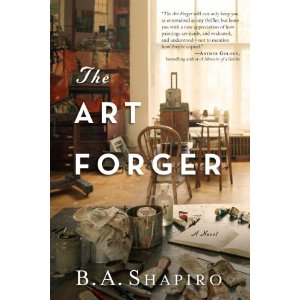 I admit, I have a soft spot for other Algonquin writers. Maybe it's because, like me, a lot of  them had tough times in publishing before they got to the promised land of Algonquin. Or maybe it's just that all those writers' brilliant works come attached to brilliant personalities. I just know I really like hanging out with these people.

I met Barbara's novel, The Art Forger, before I met her. About the Isabella Stewart Gardner Museum heist, art forgery, how our art defines us, and what we might do in the name of success, it's a stunning read--and it's not just me who is over the moon. Not only is The Art Forger the November Indie Number One Pick, it's also hand-picked by O, the Oprah Magazine as a Top Ten Read.

And then I met Barbara for real. Surely we must have been sisters in a past life! Funny, smart, with excellent taste in cowboy boots and an eccentrically gorgeous wardrobe, I can't wait to hang out in Tucson at the book fest with her. And I can't thank you enough, Barbara, for coming on the blog.

I was fascinated by the world of art forgery, which made me head for the museum to look at paintings with fresh eyes. What was the research like? Did anything surprise you?

Almost everything about the research surprised me. First of all, I had no idea how common it is for forgeries to be mistaken as the real thing. The New York Times estimates that 40% of all artwork put up for sale in any given year are forgeries. And Theodore Rousseau – an expert from the Met – made the statement that, “We can only talk about the bad forgeries, the ones that have been detected. The good ones are still hanging on museum walls.” And now with all the recent forgeries and forgers coming to light, it’s just staggering to think about. I was also surprised – and fascinated – about the clever, actually brilliant, ways forgers have developed to fool the experts. And the ways the experts have developed to counter the forgers’ expertise.

I also really loved the structure of the book, the way you effortlessly moved back and forth through time to tell the story. Did you plan this out or was it more organic?

I’m glad it felt effortless, but it was carefully planned, some might say obsessively planned – like my writers’ group. I’m a very organized, structure-first writer. I do a good chunk of research and plot out the entire book before I start writing. Not that the plan doesn’t change, it’s just that I need to know there’s a beginning, middle and end before I can start. I also make all kinds of plot and character charts, then keep numerous other tables and charts as I write. I can’t imagine any other way to write a multi-story novel which shifts back and forth in time, but I know lots of writers who just sit down and let it rip. That really impresses me.

What's your writing life been like and has it changed since finishing the novel?

I’m going to answer a slightly different question: what has my writing life been like since Algonquin Books bought the novel. It has completely changed – all for the better. After publishing five novels, I struggled for eight years to sell another one. My work doesn’t fit into a neat genre box, and that appeared to be the problem. THE ART FORGER was rejected by over a dozen publishers, with the vast majority claiming it was a great book, but they just didn’t know how to package it. This was more discouraging to me than if they had said it was terrible: I had done all I could to write a good book, but the market didn’t know what to do with it. Despite the fact that the only thing I wanted to do was write more novels, I considered another line of work. But my determined agent, Ann Collette, wouldn’t give up. She got the manuscript to Amy Gash at Algonquin who loved it. When I told Amy that it had been rejected by publishers because they didn’t know what kind of book it was, she shook her head and said, “I don’t understand that, it’s a novel.” I almost cried.

The novel muddies the lines between right and wrong (and doing the wrong thing for the right reason), which I felt made it morally complex and thrilling to read. I also loved the heroine's hunger to be known through her art, to be acknowledged even as she's doing suspect things. At one point, a character talks about how if someone gets real pleasure from a painting and doesn't realize it's a forgery, what's the problem? Can you talk about this?

First, I think life is very muddy: that good people do bad things and bad people do good things, that depending on your perspective a bad thing can be a good thing and vise versa. There are no blacks and whites, just lots of grays, and in some ways, this is the premise of the book. We see what we want to see, not what’s necessarily there, and these perceptions affect the value attributed to that object or person. Which gets to the question of how a society bequeaths celebrity and authenticity, and art forgery is the perfect metaphor. A Degas painting is admired and acclaimed, considered priceless, for over a hundred years, and then it’s determined to be a forgery. Is this painting no longer to be admired? Is it any less beautiful? Is it now worth nothing? Is this any different for an undiscovered artist – or perhaps an undiscovered writer, like myself?

I just finished a rough draft of a new novel, working title MONTAGE, and I’m completely obsessed with making it work – which it does and doesn’t right now. It’s set in pre-war New York City and is a literary thriller about an up-and-coming young French-American artist named Alizée, who disappears on the eve of WWII amidst personal and political turmoil. No one knows what happened to her. Not her Jewish family living in German-occupied France. Not her fiancé, recently escaped from the Vichy police and trying to make his way to neutral Portugal. Not her American boyfriend, a member of her gang of soon-to-be world-renowned abstract expressionists including Jackson Pollack, Lee Krasner, Mark Rothko and Wilhelm de Kooning, all of whom work with Alizée in the WPA art program. And not her patron and protector, Eleanor Roosevelt. But maybe Joseph Kennedy, Charles Lindberg and J. Edgar Hoover – all arch isolationists afraid of the stir Alizée’s interventionist paintings are causing in both artistic and political circles – do.

How about my thoughts on the perpetrators of the Isabella Stewart Gardner Museum heist in which $500 million worth of art was stolen, currently the largest art theft – both solved and unsolved – in history?

I, along with hundreds of cops, art lovers and FBI agents, have my theories about who is responsible, but so far there is no proof to back any of them up: everyone from the Catholic Church to the IRA to the Mafia to Gardner Museum insiders and every thief and minor thug in the greater Boston area and beyond have been implicated. And it’s now been 22 years since the robbery. If I had to hazard a guess, I’d say it would be the work of the IRA, the Irish Republican Army, which was at war with the British at the time. The heist was quite sloppy and amateurish, and it seems to me that the only way someone could have managed to get away with it is if they immediately got the artworks out of the country and plunged them deep into the black market to be used as collateral for drugs, guns and/or money. Still, why haven’t any of them surfaced in all this time? It doesn’t make much sense, but I do think they’re out there and hopefully, someday, will be returned. My fingers are crossed that whoever has them is taking care of them.

No matter if some one searches for his essential thing, therefore he/she needs to be
available that in detail, so that thing is maintained over here.

No matter if some one searches for his essential thing, therefore he/she needs to be available that in detail,
so that thing is maintained over here.