Rebecca Woods, author of Living Through Charlie, talks about the Mommy Competition 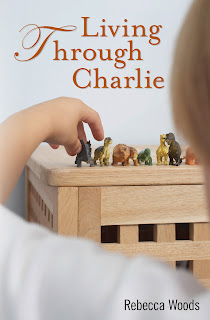 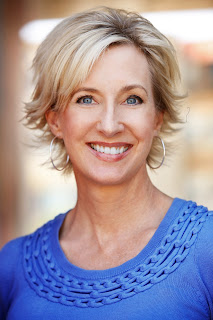 Rebecca Woods was a student of mine in my UCLA class, and I got the pleasure of seeing her novel, Living Through Charlie, grow. She grew up in Orange County, California, and she's got  a bachelor's degree in Drama and attended the Community of Writers at Squaw Valley.  A former drama teacher in “a posh private school” as well as a special education school, she lives in Southern California with her husband, her two mean little dogs, a parakeet, and three tortoises, and is working on her second novel. Rebecca wanted to write something different for my blog, and I gave her carte blanche. So thanks, Rebecca!

If you’ve spent a good portion of your adult life either driving a car or looking for your keys so you can drive your car, chances are you’re a mom. And if you’re a mom, chances are you occasionally have doubts that you’re doing it right. Okay, you frequently have doubts. You wallow in doubt. You lap it up from a spoon and wear it daily as a skin suit Silence of the Lambs style. This insecurity fuels something I call Mommy Competition. You know what it is, it’s that need to figure out who’s doing it better. That uncontrollable desire to look at another mom’s kids, do a quick assessment and decide who is the Alpha Mom and who is most likely to serve dinner by tossing a greasy bag of food from a drive-through window into the back seat of the mini-van on the way home.
The best way to quickly establish the identity of the Alpha Mom is to greet each other with A Question About Each Other’s Children. “Is he breastfed?” “Is she talking?” “Walking?” “Reading?” “Applying to preschool?” That’s right. I just said, “applying to preschool” like that’s a normal thing that normal three year olds do everywhere. They don’t. But in communities where there’s a waiting list for toddler tutors, Mommy Competition rises to a near professional level.
If you live in the school-by-application-only culture like I do, you’re lucky! Your town has conveniently set up a Mommy hierarchy for you! Recognizing the Alpha Mom is as easy as knowing the reputations of the local private schools. There are the good schools and there are the schools-your-kid-got-into-because-he-couldn’t-get-into-a-better-school-so-you-must-be-a-crappy-mom. It starts with preschool- “So, where is Hydrangea going to preschool?” What you’re really trying to find out is- Were you teaching your kid the alphabet while I was drinking wine and playing Yo Gabba Gabba on a continuous loop? Did you have a reward system for your child that never included you saying, “Fine. Here’s the damn cookie.”? …like me.
Most of the private elementary schools in my area have uniforms. This is a wonderful shortcut if you have to establish who the Alpha Mom is from a distance. (If your child’s school doesn’t believe in uniforms, there’s a whole different ranking system involving license plate holders and the Whole Foods and Trader Joe’s parking lots but it’s too complicated a formula to explore in such a brief blog post.) Should two moms encounter each other in the wild and the children are wearing uniforms, you can skip, “Where is Petunia in school?” and go straight to, “What is Carnation up to?” Carnation went to summer camp in Costa Rica where she hand pollinated indigenous vines and then she won the third grade science fair with the paper she wrote about it! Damn it. But Carnation isn’t in school right now. Yes! She’s got a tutor on set until her movie wraps. You win. I give.
My kids are in their mid-twenties so I should know better. And, in spite of (or maybe because of) my inability to ever rise to the role of the Alpha Mom based on this Mommy Competition criteria, my kids are seriously awesome! Seriously. Nevertheless, I actually did the let’s-see-how-I-rank-as-a-mom thing at a Pilates class yesterday. (Yes, I do know how that sounds. I already told you I live in a private school environment, that there are Pilates classes nearby shouldn’t be that much of a surprise.) I ran into a mom I hadn’t seen in about fifteen years and I greeted her with, “Oh my gosh, hi! So, what is Chrysanthemum up to?”
We were doing the back and forth about her kids and my kids (I was winning, by the way, it seems little Chrysanthemum is still living at home and hasn’t chosen a college major) and I suddenly realized what I was doing! I don’t want to do this, I’ve already won this game!  She’s won this game! Being a mom is hard, we shouldn’t be competing with each other, we should be supporting each other! So what if Chrysanthemum hasn’t chosen a college major, one of my kids flunked out of the first college she went to! And even though Carnation won the science fair in third grade, she could get bullied every day in fourth grade like my other kid did. Suddenly I blurted out, “I wrote a book! It’s about private school moms trying to live vicariously through their kids and what it’s like for one mom when her kid doesn’t fit in!” Our conversation stopped as my faux pas hung in the air. Did I really just start talking about myself instead of continuing to rank our kids’ accomplishments so we can identify the Alpha Mom?  We stared awkwardly at each other’s Lululemon workout gear for a moment not knowing what to say as if I had made a racial slur or an inappropriate political comment. Finally I broke the silence. “And I’d love to hear what you’ve been up to.”