Robin Stratton interviews herself for ON AIR 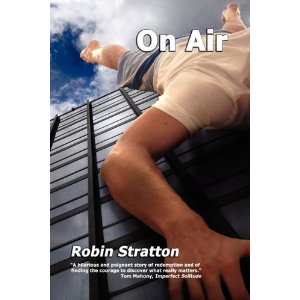 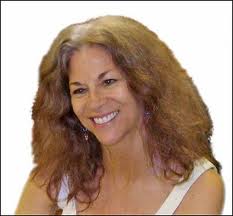 OK, I admit it. I am in chaos right now. Waiting to do revisions on Everything That Happens Today, throwing myself into a new novel tentatively titled Big Bad Love, and still cleaning up after Irene. But I want to still give my blog over to other writers, so many have been writing essays and interviewing themselves.  All this means my head does not explode!
Robin Stratton is wonderful. She is a writing coach in the Boston area, director of The Newton Writers and Poets Center, editor of Boston Literary Magazine, and author of Dealing With Men, and The Revision Process: a Guide for Those Months or Years Between Your First Draft and Your Last. Her fiction has appeared in Word Riot, Poor Richard's Almanac(k), Antithesis Common, Chick Flicks, 63 Channels, Blink-Ink, Pig in a Poke, Up the Staircase, Shoots and Vines and many others.
Robin has kindly agreed to interview herself. Oh Robin, I thank you. My head thanks you!
Congratulations on your new book! So the first question, of course, is What is it about?
On Air is a pop-culture Coming-Of-Age story about a guy named Eric Storm who's fifty and coming to terms with his youth being gone... he's trying to figure out what the universe will give him in return. Part of that huge population of baby boomers whose life didn't turn out the way they planned.
I think a lot of people can relate to that!
I think so too. The thing about Eric is, he used to have it all – he was Boston's most popular DJ, he was rich, he had a beautiful wife and a fancy house. As On Air begins, he's divorced, on the brink of being fired, and has suddenly had to take over the role of caregiver for his aging mother.
The mother-son relationship is the whole basis for the book.
Right. The dynamics of this mother who has driven you crazy your whole life, and now she's old and sick and you know her time is limited... how do you prepare yourself to get along without her, especially now that the rest of your life has tanked?
Why did you decide to make him a DJ?
I thought that something to do with rock music was the best way to show that now he's on the far side of the generation gap. He used to be rebellious and passionate, and in the 70s and 80s DJs had a lot more freedom with their show, they could choose the songs they wanted to play. But in the year 2001 Eric has to accept that each morning he's given a corporate-approved list, and mostly they're songs he doesn't like. Commercial hits. For the first time his boss is younger than he is, but very grownup and responsible, and that makes Eric seem even more childish. I've had many people tell me they wanted to shake him – you see him acting like such a brat. But it's because his mother spoiled him and for the first half of his life he basically got whatever he wanted. Pretty rude awakening!
At first it wasn't clear why the story took place in 2001 (you have him mourning the defeat of Gore). Later, of course, the events of 9/11 come into the plot.
I began writing On Air in 2001 (while I was mourning the defeat of Al Gore) and one of the themes – that your whole life can turn upside down in just a short time – suddenly became true on a national scale after the attacks on 9/11. Like Eric, so many of us suddenly realized how good we'd had it... just the day before life was pretty good, you know? And now 3,000 Americans are dead, we no longer feel safe, and it really hits home that there are people in the world who hate us so much that they want to kill us: our children, our spouses, our parents. I watched the news all day, cried at the sight of every American flag, and wrote every night about each day's developments... my rawest emotions and reactions came out in Eric's thoughts and dialogue, including my fear that from now on maybe I wouldn't trust anyone from the middle east... the way our parents or grandparents learned to mistrust the Japanese after Pearl Harbor. I felt very conflicted and ashamed of those feelings.
And on top of all of this, Eric has to deal with this crush he has on a much much younger woman!
Recently I told someone who hadn't read the book about that part of the story and she just wrinkled up her nose, like, you know, Ugh, typical middle-aged man! But that wasn't my intention at all with that plot line – I just wanted to show how he's so desperate to cling to his youth that he falls for this woman because she reminds him of himself at that age... she's in her 20s... it's not her, it's this wish that he could go go back to those days.
I had to laugh at the way that part of the book played out at the end. I won't give it away, but I was really nervous for him! I wanted so much for him to do the right thing!
I did too! I think the word for him is “hapless”!
So where can people buy On Air?
It's available at Amazon, or through the publisher, Blue Mustang Press, or at my website, www.robinstratton.com. If they go there they can read chapter one, and if they buy the book from me I would be happy to sign it!
Posted by Caroline at 1:45 PM