Robin Black talks about Mrs. Dalloway, the book that mattered to her the most. 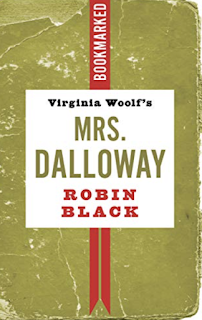 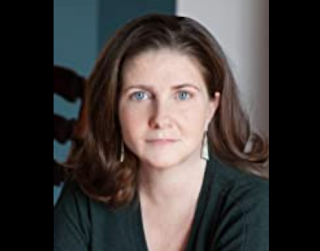 What books matter the most to us, and why do we turn to them time after time? I've long admired Robin Black, both as a person, a literary citizen, and an acclaimed writer, and I was thrilled to learn that she had written a book about why Virginia Woolf's masterpiece, Mrs. Dalloway, meant so much to her.  Thank you so much, Robin for being here!

“This astonishing new book, by the brilliant Robin Black is an intimate meditation on reading and writing, aftermath and possibility, the tension between the never-stable, endlessly interpretable depths of a book and the fragility of life, the finality of death. I emerged from this breathtaking work with a transformed understanding of both Woolf’s masterpiece and the stream of consciousness in which we swim, “together and alone.”—Karen Russell

“Reading Robin Black’s astute and enlightening meditation on Mrs. Dalloway is like eavesdropping on a mesmerizing literary conversation, but one in which the participants are not two readers but a reader and a masterpiece. Black threads the very moving story of her own evolution as a writer through the exquisite fabric of Woolf’s great novel, and the result will fascinate everyone who cares about the craft of fiction.”—Ann Packer

“I loved reading Robin Black’s take on Mrs. Dalloway. She generously shares details of her own life that offer an example of how a great book stays with a person, and goes deep into the intricacies of important craft aspects of the text, illuminating its brilliance. It’s a privilege to read alongside her.”—Alice Elliot Dark
Robin Black’s story collection, If I loved you, I would tell you this, was a finalist for the Frank O’Connor International Story Prize, and named a Best Book of 2010 by numerous publications, including the Irish Times. Her novel, Life Drawing, was longlisted for ​the Flaherty-Dunnan First Novel Prize, the Impac Dublin Literature Prize, and the Folio Prize. Her fiction has been translated into Italian, French, German, and Dutch.​

​Robin’s most recent book is Crash Course: Essays From Where Writing And Life Collide. Robin’s work can be found in such publications as One Story, The New York Times Book Review, The Chicago Tribune, Southern Review, The Rumpus, O. Magazine, Conde Nast Traveler UK, and numerous anthologies, including The Best Creative Nonfiction Vol. I (Norton) and The Best of the Bellevue Literary Review.

I always want to know what was haunting or obsessing a writer into writing their new book. What was it for you?
I really had no idea until I worked on this book why I felt so almost magically drawn to Mrs. Dalloway. But now I understand that the topics of mental health struggles, and the satisfactions one does and doesn't get from a life defined by the domestic sphere, plus Woolf's genius use of craft all resonated for me when I first read the book at forty-two. As they still do.
I love that line, "We swim together and alone." Please can you talk about this?
There is a quasi-magical aspect to the way Woolf treats consciousness in this book. Yes, she explores and, in her word, "tunnels" into individual consciousnesses, but she also writes in a way that suggests something like a shared societal consciousness, a fluidity of boundaries between individuals. This comes up especially in her depiction of mental illness. At the beginning of the book, all of London seems to think as one, except poor Septimus Smith whose perceptions are distorted due to mental illness. They all see one thing, a "royal personage" for example, and he sees something entirely different: a reflection of his own "wrongness." I think this is such a gorgeous, insightful, subliminal way of depicting the "out of step" quality of what having a mental illness feels like. That fluidity of consciousness, that understanding that at times people's thoughts converge, that a disruption of that is a lonely place to be, is what I call the "ocean of shared consciousness" - in which we swim together and alone.
What surprised you in writing this book?

I was shocked and sometimes discouraged by how difficult it was for me to organize and articulate my perceptions and opinions and experiences of reading it. I don't think I have ever had to work with the same kind of concentration and precision on anything. Reading and rereading and rereading opened up such a wealth of responses in me. It was the challenge of my ADD brain's life to keep all that clear and make it comprehensible to anyone else. And I was shocked by what I term the "extreme craft" Woolf employs. I went from knowing it's a work of genius, to seeing how at least some of that genius works, structurally.
What's obsessing you now and why?
Other than the state of the world, the horrors that abound, all of which dominates all our thoughts these days, I am obsessed with writing my new novel - which is somewhat lighter than my earlier work, and my first long fiction project in nearly a decade. I won't say more, for all the reasons you understand, but I am beginning to believe in it - a stage I am sure you also understand.
What question didn't I ask that I should have?
Caroline! You ask all the right questions! But here's another: What's it like to write so personal a book about a novel that people are obsessed with and reverent about? Even worshipful. . . And the answer is, it's terrifying. But also felt important to me, because what I really try to do in this book is take a long hard look at what it means to be a reader, what it means for a reader to become a collaborator with a writer whom they will never meet. And that is a subject that belongs to us all.
AND DON'T FORGET TO WATCH ROBIN IN CONVERSATION WITH PAMELA ERENS ON A MIGHTY BLAZE, WEDNESDAY, APRIL 27th at Noon ET. 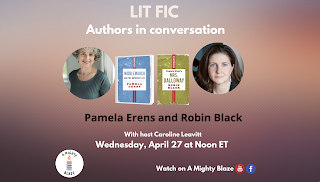