"A moose walks into a town and..." Marcia Butler talks about her incandescent new novel OSLO, MAINE, Santa Fe living, memory, being haunted and so much more 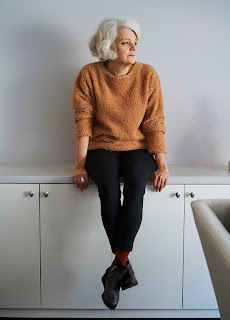 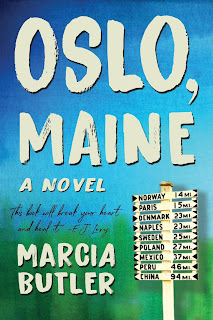 I first became friends with Marcia Butler when she published her ravishing memoir, THE SKIN ABOVE MY KNEE. I loved it so much I promoted it, and we became fast friends. I had the honor of being in her brilliant documentary, THE CREATIVE IMPERATIVE, too! She's warm, funny and so, so smart that she virtually radiates fireworks! And she's got a brilliant new novel out, OSLOW, MAINE. Look at some of the praise:

“Butler’s characters are such complex, authentically flawed humans, you can’t help but root for them. But then there’s the moose…Butler’s moose is a moose, and we never lose that essential fact. It was a brilliant choice to open the novel in the moose’s perspective to immediately establish her stakes in the story… Oslo, Maine is an engaging, wonderfully nuanced novel.”

“The fictional, titular town hosts a complicated page-turner of a story spurred by the fallout from a young boy’s violent run-in with a moose, and though the pacing is breezy, the grappling with interpersonal and interspecies relationships is not.”

“For all their furtiveness, the flawed but deeply relatable characters in Butler's second novel, exude an authentic sense of humanity, making this a sure-fire recommendation for Fredrik Backman (A Man Called Ove) fans.”

A moose walks into a rural Maine town called Oslo. Pierre Roy, a brilliant twelve-year-old, loses his memory in an accident. Three families are changed for worse and better as they grapple with trauma, marriage, ambition, and their fraught relationship with the natural world.

Oslo, Maine is a character driven novel exploring class and economic disparity. It inspects the strengths and limitations of seven average yet extraordinary people as they reckon with their considerable collective failure around Pierre’s accident. Alliances unravel. Long held secrets are exposed. And throughout, the ever-present moose is the linchpin that drives this richly drawn story, filled with heartbreak and hope, to its unexpected conclusion.

Marcia Butler, a former professional oboist and recent documentary film maker, is the author of the memoir, The Skin Above My Knee, and debut novel Pickle’s Progress. With her second novel, Oslo, Maine, Marcia draws on indelible memories of performing for fifteen years at a chamber music festival in central Maine. While there, she came to love the people, the diverse topography, and especially the majestic and endlessly fascinating moose who roam, at their perpetual peril, among the humans. After many decades in New York City, Marcia now makes her home in Santa Fe, New Mexico.

Thank you so, so much, Marcia! I only wish I could hug you!

Caroline Leavitt: I always believe that writers are haunted into writing their stories. What was haunting you?

Marcia Butler: It’s such an interesting question because I’ve actually been thinking about this lately. When you write a novel you believe, perhaps naively, that the plot and the characters are made up—unless, of course, your novel is based on real-life events. But this can never be entirely true because all the words and ideas are coming from your brain which holds the entire experience of your life. I finished OSLO, MAINE over a year ago, which is typical for the publishing cycle. Now that it’s on bookstore shelves, I’m promoting it and talking about it. And, with the distance afforded by this year “off”, I’ve discovered that my life experiences have filtered into OSLO. I wouldn’t call it haunting, exactly. More like issues I unconsciously needed to write about.

The most obvious example is my twelve-year-old violin prodigy character, Pierre Roy, who’s lost his memory due to an accident. He discovers that he can use the violin to ground himself. This activity, playing music, is his safe place. The fact that he can’t remember anything becomes, at least for that period of time, utterly unimportant. He is truly in the present, in the now. So, duh, that experience comes from me. When I was young, I used the oboe in exactly that way. Not about memory but with regard to the emotional pain I endured during a difficult childhood. All that sadness fell away for the hours I practiced. But even more than that, the specific sound of the oboe transported me to an imaginary interior life that was happier and which I controlled. This was particularly important because I couldn’t control anything that was happening in real life. I was good at music and no one could deny that fact. And man, I used that oboe for all it was worth. It saved my life, much the way the violin saves Pierre’s.

CL: There's so much fascinating detail about memory in this novel. Did you research?

MB: Right, memory is definitely a theme. Pierre grapples with his memory loss and comes to the conclusion that fussing about the past and fretting the future is a fool’s game. This is juxtaposed with another character—a female moose—who also has a point of view. I imagine that memory is of little importance to a moose, because she begins each day trying to satisfy her needs just as she did the day before. And so, the moose and Pierre are alter-egos with regard to living in the moment. I confess, I didn’t research. But I relied on my experience as a professional musician. When you’re in the middle of playing a concert, past and future are irrelevant. You focus like mad. Music tends to do that. It compels performers to pay attention to what is happening right now. So that’s what I kept going back to—that suspended feeling I’d experienced so many times when performing concerts.

CL: You are the author of the critically acclaimed memoir, The Skin Above my Knee and your debut novel Pickle's Progress. What was it like turning to fiction again? And which do you prefer?

MB: Well, let’s just say that It’s really, really hard exposing oneself in a memoir. Not only writing it, which can be wrenching, but also living with the aftermath. Because forevermore, everyone knows a certain narrative of my life. My secrets. My total failures. My occasional successes. My immense sadness. And weirdly, strangers think they know me too. I can almost see it in their eyes. The nodding of the head. “Oh yesssss, I read your memoir…” Cue: awkward silence. But a memoir isn’t a complete life; it’s a collection of true stories stitched together into a narrative arc that hopefully makes for a good read. I am so much more than all the stuff I wrote about in Skin. But truly, no regrets. This is all to say that I am, in my heart, a fiction writer. So, writing first Pickle and then Oslo was a given. And I’m already into my next work-in-progress!

CL: What's obsessing you now and why?

MB: Early Bette Davis movies. Dark Victory, The Letter, Voyager Now, Deception. Because she slithers around like a panther all the time. Ancient petroglyphs which are everywhere in New Mexico. They make me feel young(er). Speaking of wrinkles. My neck. See Nora Ephron. Um, my Apple ear buds. Does that count? Cause this is a love affair. Stacey Abrams— the star that just keeps on shining. Historian Heather Cox Richardson. Her newsletter is all I need with my morning coffee.

CL: What question didn't I ask that I should have?

MB: Maybe, what’s the best part of living in Santa Fe, New Mexico? Drive five miles out of Santa Fe in any direction and you’ll drop to your knees because the physical beauty is astonishing. You can see the last 10,000 years embedded into the sides of mountains. Talk about perspective!