New on the Nothing is Cancelled Virtual Book Tour: Award-winning author Mary Morris talks about her extraordinary new memoir, ALL THE WAY TO THE TIGERS, why all tigers are "she," solo travel, writing, and so much more. 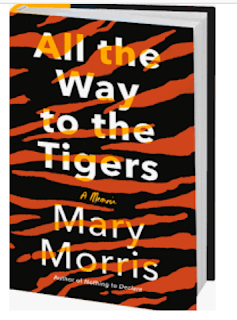 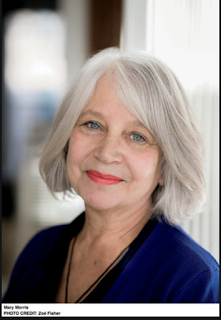 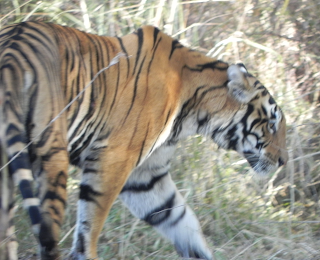 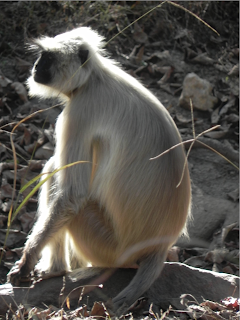 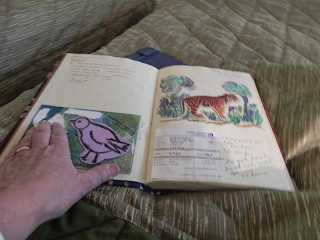 Okay, so here is the story. Years ago I picked up this novel in a bookstore called The Waiting Room, by Mary Morris, and I became obsessed with it. It was so good that I was determined to somehow meet the writer and yes, I sort of stalked her, until fate had it that I had a reading with her husband, Larry, also a writer. A friendship was forged!

All of her books are remarkable. Her first collection of stories, Vanishing Animals & Other Stories, was awarded the Rome Prize in Literature from the American Academy and Institute of Arts & Letters. Her novel The Jazz Palace was the winner for the 2016 Anisfield Wolf Award for Fiction. She's the author of The Lifeguard Stories, Nothing to Declare: Memoirs of a Woman Traveling Alone, Wall to Wall: from Beijing to Berlin by Rail, and Angels & Aliens: A Journey West. Her five novels, include The Waiting Room, The Night Sky and House Arrest, Her latest book,All the Way to the Tigers is a memoir about tigers, of course, exotic journeys., and going to India to find the tigers--and herself.

It's a book that is already wracking up the raves, too:

"The interesting question Morris asks of her own adventurous and courageous life — “How do we walk a thin line between sane and savage, between wild and tame?” — is the beating heart of this book." The New York Times

Fact: Mary Morris is the best travel writer alive. I am humbled by her skill at using the bones of a journey to get to the heart of herself. She’s a master of the craft.”
—Jodi Picoult, New York Times bestselling author of A Spark of Light and Small Great Things

“Mary Morris has long been a master memoirist, and All the Way to the Tigers is among her finest works. Brave, layered, complex, and deeply human.”

“Mary Morris so seamlessly combines her interior and exterior experiences, the effect is simply magical, the work of a virtuoso. The journey inside the author’s own mind is every bit as captivating as the trip itself. I’d follow her anywhere.”

Thank you so much, Mary!

What is it about tigers that we all find so fascinating?

That’s such a basic question and yet it’s not that easy to answer.  But tigers have been a source of fascination to people for centuries.  They are actually the most popular animal in the world – ahead of dogs.  Think about the crazy popularity of Netflix’ “The Tiger King.”  I can’t imagine that show would have had as much popularity if it had been called, say, “The Giraffe King.”

I’m sure that part of the fascination is what William Blake referred to in his most famous poem, and most anthologized poem in the English language, “The Tyger.”  Blake, the poet, recognized “thy fearful symmetry” that is their beauty.  They are beautiful creatures.  They are also solitary apex predators.  There is no flock or herd of tigers.  They hunt and kill by stealth.  Think of that short story, “The Lady and the Tiger.”  There are two doors.  One that offers your heart’s desire.  The other that offers your worst nightmare.  We are drawn to tigers for their beauty and by their danger, for their solitude and their stealth.  They’re a little like artists, aren’t they?

What’s so interesting about your memoir is that while you are exploring tigers, you are also exploring yourself. What didn’t you expect to find out about each that you did?

When I began my journey, the goal was to literally find a tiger.  But what happened became much more profound.  When I learned, for example, that all unseen tigers in the jungle are referred to as “she” as in “she’s out there,” that really struck me.  And when I learned that you don’t look for tigers; you look for signs of tigers.  Again these seem to be metaphors for what it means to be a woman and a writer.  I guess I didn’t expect to identify with them as I have.

What was your research like? What surprised you the most? And what did you have to leave out that you wished you could keep?

Well, first before I went on a physical journey, I read everything I could about tigers.  A book that really impacted me is called THE TIGER by John Valliant.  It’s about an Amur tiger in Siberia that actually bears a grudge against a specific person and seeks revenge.  Incredible book.  I think what surprised me the most is how deeply rooted our fascination is with tigers.  For example the blaze that appears on every tiger’s head is the same as the Chinese character for emperor.  Honestly so much surprised and fascinated me.  In terms of what I wished I could have kept, I had a lot more writing about India in the book – in particular my trip to Varanasi but my editor felt it took away from the search for tigers.  You have to pick your battles as they say and in this case I agreed to let the material go.  I think it was the right call for the book, but I do wish it could have stayed.

I loved the whole elegant structure of the book, and it truly is hypnotic in form. What was it like mapping it out, or did it come to your organically?

Ha, well, the original draft which I finished in 2013 was four hundred pages long and included all that India material and stuff about other trips including Morocco and it was a big sprawling mess, quite frankly. A lot of editors turned it down and I put it away for a while.  Then my friend, Dani Shapiro, read it and told me the only thing that mattered was me, tigers, and my personal narrative so I literally got rid of hundreds of pages.  But that’s not new for me.  I tend to render my material like soup.  At some point I decided that I wanted the book to somehow resemble a tiger so (and this might sound crazy) I began to think of those sentence long chapters as stripes and I needed to have an even number (112) because a tiger is like a Rorschach test – a mirror image of itself.  I revised it and shrank it down to the length it is now – though it sat in a drawer for almost two years.  I wasn’t sure I’d ever publish it, but then I was late on a book I had to deliver and my editor, Nan Talese, said, “Oh dear” because that left a hole in her schedule and then I said, “well I do have that tiger book…”  So the short answer:  Is it organic if it takes seven years?  Well, maybe.  It did in the end feel that this was the right way to tell this story.

So much of your work is about what it is like to be a woman traveling alone. Was there ever a moment when you felt unmoored, as if you couldn’t do this? And why do you think it might be important for every person to travel alone, at least once?

I feel unmoored all the time and yes there were definitely moments when I felt as if I couldn’t do this.  As you know from the book, I had a terrible accident that I hadn’t fully recovered from when I went to India and also I was very sick the whole time I was there with what appears to have been bronchitis.  It is tough being on the road alone.  But what did someone say was the definition of courage?  Being afraid but doing it anyway.

Paul Theroux once said that the only real travel is solo travel.  I don’t know if I entirely believe this, but there is something about being with yourself, alone on the road, having your wits about you, but at the same time, as Indiana Jones said, not being afraid to make it up as you go along.  Being alone on the road brings us face to face with our fears about our own aloneness but it also puts us in touch with our courage and the natural reserves we perhaps didn’t even know we had.

If I may share an example from another journey – in 1986 I travel alone from Beijing to Berlin by rail.  It became a book called WALL TO WALL.  As the train was crossing from Inner Mongolia into Siberia, we had a stop and a Soviet border guard came into my compartment.  He was young and strong and I was terrified.  I gave him a package of cigarettes that he was eyeing, but he was also looking at my Walkman.  I happened to have a tape of Rachmaninoff’s 2nd piano concerto and I put it into the Walkman and put the headphones on him.  When I turned on the music, he closed his eyes and swayed.  Then I popped the cassette out and tucked it into his breast pocket and he left peacefully.  I took a chance and it worked.  Moments like that don’t happen if you’re on an organized tour.

What, beside the virus and politics, is obsessing you now and why? And what is it like for you having a book come out in the midst of all this chaos?

Well, I am totally obsessed with the current crises we are all facing.  I can’t stop listening and watching the news.  It’s also not ideal, having a book coming out right now, but on the other hand so many people such as yourself, Caroline, A Mighty Blaze, bookstores, marketing people have stepped up to the plate to make the most of this very difficult moment.  Right now what is obsessing me is that I’m about to have my first grandchild in two months and I want the world to be a safer, better place.  We all have a lot of work to do.  That’s what’s obsessing me at the moment.

What question didn’t’ I ask that I should have?

Part of the tiger book is about the fact that I had a devastating accident in 2008 that left me housebound for three months.  My doctor wasn’t sure if I’d walk again.  I think the question I’d like to answer here is what did I learn from that time of being housebound that has perhaps informed this present moment we are living in.  Truthfully when I had my accident in 2008 I sank into such a dark hole.  I had no idea how I would move forward both literally and physically.  It was difficult and it took about a year, but I did move forward and I walked again and really I’m fine.  The lessons I learned about being housebound in 2008 have served me well in our current state of lockdown.  Here is what I try to do every day.  I try to be productive.  I try to do something for my body, my mind, and for someone else.  I begin every morning by making a list – what do I have to do today, what do I want to do today, what can I do to make someone else’s life better.  And honestly in some ways I’ve never been busier or, dare I say it, happier.  I am grateful for every day.