Barbara Shapiro talks about her latest critically acclaimed, mega-seller, THE COLLECTOR'S APPRENTICE, story structure, fraud, art and so much more 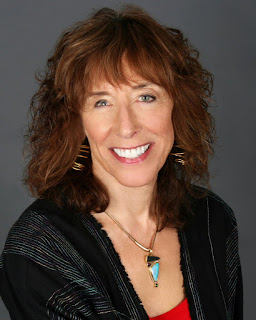 I first met Barbara Shapiro when she was newly signed to Algonquin Books and we were going to their BEA party together. To say I liked her instantly  is an understatement. How could you not like someone raucously funny, smart, and with excellent taste in cowboy boots and jewelry?  I watched her star ascend with absolute delight, from the NYT Bestseller status of the Art Forger, to awards after awards for The Muralist, to standing room only events. But even better than that, we've become fast friends.

Her latest, The Collector's Apprentice, is, like all Shapiro books, racking up the raves and packing in the events, and I'm just delighted to host her here.

Let’s talk about art. Were you always interested? How difficult is it to translate how art makes you feel—and the intention of the artist in the medium of writing? And do you look at art differently now? Do you paint?

When I was a little girl I wanted to be an artist. My parents were very supportive, clearing a corner of the basement for my “studio” and sending me to art classes. Unfortunately it became clear very early on that this was not where my talents lay. So I became an art appreciator. I travel a lot and the first thing I do in a new place is to go straight to the art museums.
It’s hard to translate how art makes me feel, but because I feel it so strongly it’s probably easier for me than for others. And I love to pretend I’m an artist, to get inside the head of someone with the power to transform what they see into something someone else sees too. The more I learn about art, the more I study the works and the artists, the more I’m amazed and fascinated and overwhelmed by both the process and the product.

I‘ve always been a huge admirer of the way you play with time. Do you do that in real life? I’m also someone who structures everything right down to the way I spell my name, so I’m always fascinated with how other writers get their novels together.

I love to play with time, knotting and braiding multiple stories and multiple characters, but it does get to be quite a handful. And yes, I’m a plotter: I have to know that I have a beginning, middle and an end before I can begin to write. Of course, this always changes—in some books it changes completely—but I still need an outline even if I know it will probably be thrown away. I’m a statistician by training, and I use statistical methods to plot out my novels: normal curves, bubble graphs, tension charts, etc. Then I use the tried-and true multicolored file cards and graph paper.

This third novel of your art trilogy is about collecting art, and not simply making it. But it’s also about fraud, which figured in your previous novels. I think it was you who told me that many of the paintings displayed are actually forgeries!  But people are also forgeries in a way, because they create new identities for themselves, especially Vivienne.  I want you to talk about this, but also, wouldn’t you say that this is what we writers do, too? We take on the skins of our characters and become them in so many ways?

Fraud is the best. I have a Ph.D. in sociology—because every fiction writer needs one—and used to teach a class called Deviance and Social Control at Tufts University, which explored groups and individuals who are considered to be deviant in different societies or in a single society at a different time, and this turned me on to all of these fascinating ideas. In The Collector’s Apprentice, my favorite shape-shifter is George, aka Ashton, Benjamin, Istvan, Tex, etc. He slides in and out of different personas the way other people change clothes. I love him and hate him, and I’m completely fascinated by the workings of his mind—and by the emptiness of his soul. Hopefully I haven’t taken on too much of his skin.

You’ve said that this was an art trilogy, that your next novel, is in present day, and set in a storage unit.  What made you decide to go back to the present, and how does that feel? Is the writing of this new novel any different than your usual process?

Historical novels have their own set of difficulties and complexities above and beyond all the difficulties and complexities involved in writing a novel, so I decided to give myself a break. This is freeing, but I also discovered that in some ways it’s harder—I use the historical research to give me ideas, storylines and characters, and now I have to make it all up myself.
And yes, my process started out very different, but didn’t end up that way. This story has seven viewpoint characters who are linked through the self-storage units they rent in a medieval-style building in Cambridge, MA. They are rich, poor and in-between, they are black, white and brown, they are Christian, Jewish and atheists, and they would never have come in contact with each other without the randomness of their storage units. It’s a novel about class in America, and I decided I would abandon my usual super-structured methods and just write chapters about each character until I figured out who they were and what was going to happen to them. I did this for about six months and was incredibly frustrated. I felt like I was getting nowhere. So I got out my normal curves, tension charts, graph paper and multi-colored file cards and plotted the whole thing out. Then the ideas flowed, the story took shape and the characters did too.