How scary do you think it would be if you were the highly respected book editor of Glamour and then you wrote your debut? Not so terrifying after it becomes a smash! Elisabeth Egan talks about her acclaimed debut: A WINDOW OPENS, her bronze Addidas sneakers, Cheez-Its, and so much more! 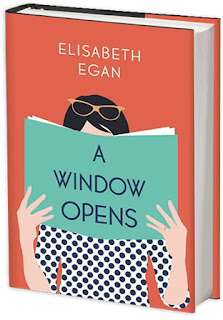 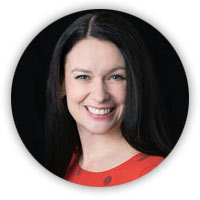 Elisabeth Egan is the books editor at Glamour. Her essays and book reviews have appeared in Self, Glamour, O, People, Publishers Weekly, Kirkus Reviews, Huffington Post, The New York Times Book Review, LA Times Book Review, The Washington Post, Chicago Sun-Times; and Newark Star-Ledger. And like me, she's a Jersey girl. and loves Cheez-Its. I'm thrilled to have her here to talk about her debut, A WINDOW OPENS. Thank you so much, Elisabeth!


I have to ask you the “why now” question that I always ask authors because I always think that something is prodding at them, or haunting them, so they have to write a particular book at a particular time. Was there anything like that for you?

I was about to turn forty and writing a book was at the top of the list of things I’d always wanted to do but never had the guts to try. Also, like many writers, I wrote the book I wanted to read. I kept coming back to the idea of the middle-aged coming of age—the possibility of reinvention long after your life is supposedly “set.” My life never feels that way, which is both liberating and maddening, so I wanted to explore the world of another woman who felt that way, too.

I ALSO have to ask because you’re the Books Editor at Glamour—how scary was it to write your own novel?

Scary is an understatement. Other words that come to mind: humbling, humiliating, embarrassing, exasperating. It’s so much easier to read other peoples’ books than it is to write one of your own! But I think the experience of writing one made me a more careful reader. This is a weird parallel, but when I was a babysitter, I remember looking at frazzled, exhausted parents and thinking: why is this so hard for them? How hard is it to keep decent junk food in the house, or to teach your kid not to draw on the walls? Then I had kids of my own and I got it: loving and launching a human being requires gumption, courage, a sense of humor, an endless reservoir of patience. It’s a leap of faith, just like writing a novel. Now when I pick up a new book, I know I’m holding someone’s dream in my hands. I approach with kindness and respect (and also, hopefully, with Cheez-Its).

So much of this funny, smart book is about trying to do it all, especially in a city as complex as New York City (where I was once actually stopped by someone because I “was wearing last year’s boots.”) What I especially loved was how Alice’s plans always go into reverse, and what she thinks is going to happen, doesn’t—but sometimes, something better does. Do you try to operate that way, as well, taking things easy and seeing where they go, or do you feel a need to have at least some control? (I’m totally obsessive compulsive and I over-organize everything.)

I’m the worst kind of person: I’m a control freak, but I never quite manage to get things under control. Does that make sense? Like Alice, I have big dreams and grand plans…and I tend to botch the very things I’m most excited about. I’ve ruined more than one surprise party by showing up a week early. However, I definitely subscribe to the theory of “When a door closes, a window opens.” (Hence, the title of my book.)

Scroll, the hip new bookstore that is going to change “the future of reading” was hilariously depicted, as was Alice’s job at the magazine. Why do you think business people sometimes get things so weirdly off?

This is a good question! I think the world needs less of thinking like a Business Person and more thinking like a Person. No need to hide behind weird lingo; just talk to me in a language I understand.

When you discover what it is you want, do you think you can have it—even if it is a four-part answer?

I believe if you want something badly enough, it’s possible that you might be able to make it happen. There’s no guarantee, of course, but the experience of writing A Window Opens  taught me a little bit about breaking a big goal into small parts. I felt overwhelmed by the idea of writing 80,000 words, so I focused on writing 500 words. I couldn’t imagine telling a big, important story, so I started thinking in terms of small moments that were important to me. I didn’t have eight hours a day to write, but I did have 45 minutes while I was commuting to work. I boarded the train, laptop in hand, and plowed ahead from there.

What kind of writer are you? Did you know how Alice’s story was going to end up when you started? Do you map things out or just beg the Muse to help you? And what surprised you in the writing of this novel?  Did you have a moment when what you thought you were writing about began to turn into something else? What did you learn about yourself?

I’m a disciplined writer in the sense that I know how long I have to work every day, and I stick with that plan as if I’m a runner training for a marathon. I won’t go out for coffee, I won’t return my mom’s phone call, and I won’t fold the mountain of laundry on the dining room table even if that task is infinitely more appealing than stringing together uninspired words. So I’m disciplined about my schedule, but not about the story I’m writing. I don’t do an outline or a storyboard. I knew where Alice would start and where she’d end up, but how she’d get there was murky at the start. I like to be able to follow a tangent—sometimes it’s a gigantic waste of time, but otherwise, you end up somewhere unexpected and fun. What surprised me: that I stuck with it (I’m the doyenne of the unfinished knitting project). What I learned about myself: you can teach an old dog new tricks.

My new bronze Addidas sneakers. I feel like I’m really going places when I wear them.

You forgot to ask about my cats, Kevin and Arthur. They’re a handsome duo, and the best writing partners I know. Pictures provided upon request.
Posted by Caroline at 10:31 AM