Elizabeth Crane talks about THE HISTORY OF GREAT THINGS, The Walking Dead, the inner life of her mother, and so much more 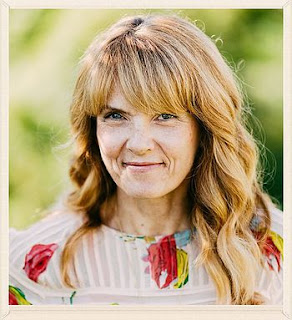 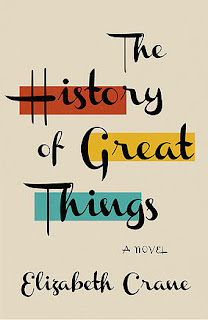 I loved Elizabeth Crane's books (all her work is dog-eared on my shelves from rereading) before I knew that she has the same need as I do for as many vintage, beaded or embroidered cardigans. I was lucky enough to meet her at a reading and liked her even more, and now I stalk her regularly on Facebook. Her new novel, The History of Great Things is just stupendously great, and I want everyone to know it.

She's the author of three collections of short stories, When The Messenger is Hot, All This Heavenly Glory, and You Must Be This Happy To Enter, and another novel, We Only Know so much. Her work has been featured on NPR, the Chicago Reader, and more. And her work has been adapted for stage and film. I'm absolutely jazzed to have her here! Thank you a zillion times, Elizabeth!


What was haunting you that made you need to write this book? (I always want to know what sparked a novel!)

Well, of course, the obvious answer here is that my deceased mother was haunting me. But since she haunted me while she was still alive, that’s nothing new. Kidding aside, it’s interesting to think of it with that word in mind. The initial spark was Percival Everett’s incredible book Percival Everett by Virgil Russell. It totally blew my mind, and is no easier to describe than my own book, but basically it’s a father-son relationship done in a way I’d never seen before. And it made me think: If I could sit down with my mom and talk about what we each thought the other’s life story was, what would come out? I loved my mom, and in certain ways we were close, but it was a complicated relationship, and I know how much I didn’t tell her, and I am 100% certain she didn’t tell me just as many things. And also – she was just a huge personality, and I had yet to exhaust what I could do with her as a character. I keep thinking I have… and then more comes.

I deeply admire the structure of the two narratives, a mother and a daughter, each contemplating the other’s life. Was that always going to be the structure and how difficult was that to pull off?

Yes. It was the structure that really compelled me. There were a couple of challenges: one was what to do with POV, because it was easy to make myself really crazy about it. Should it be – Betsy tells the mom stories sort of from her POV, and vice versa? Should it be acknowledged that in a certain way at the bottom of it, it’s all Betsy? Should I try to make it a bit blurry, in the hope that this would play into the sort of identity issue being explored? In an early draft, some of the Betsy scenes were way skewed to the Mom’s POV, but the Mom scenes were still close on the Mom’s POV, and it didn’t seem balanced. It seemed to be a function of me, the writer, imagining that my real mom couldn’t possibly imagine what it was like to be in my head, whereas I have the hubris to think I do have an idea of what’s in her head. So in the end, I scrapped a bunch of scenes and decided to endow the mom character with just as much insight as I thought the Betsy character had. (Does this even make sense? It gets muddy, even for me!) The other thing I fretted over was the dialogue between them; mainly I didn’t want to overdo it as a device so that it was annoying or distracting.

Part of what is so fascinating about this book is the way you examine the power of story. I’m not sure where I read this, but there is an exercise that people can do to gain greater intimacy, which is exactly what you’ve done--to tell the story of the person opposite you. In a way, it’s a real gift, as well as a revelation to do this. Can you talk about this please?

Thank you! I have never heard of that exercise but now I want to make all my students do it. It was a revelation, creatively and personally. I’m not a fan of using writing as ‘therapy’ per se – I’ve had plenty of therapy, and I’m 54 years old and hopefully I’ve looked at this relationship long and hard enough over the years to have some insight about it without having to work that out on the page and make you pay money for it. Ha. That said – there are always layers, right? And a new layer for me, personally, was going even deeper into having a kind of empathy for what her inner life might have been life. I know that I will truly never know that, since she’s long gone, but digging into it, trying to imagine hurdles I’ve never known given the time and place she grew up in, coupled with who I knew her to be, I felt so much compassion for her on a new level. And I do wish I could talk to her about that. Honestly, writing this answer to you, um, I think I have something in my eye.
Creatively – having done this with other characters who weren’t like me – it can be revelatory to feel deep compassion for characters who are not behaving well.

You’ve written another novel (the wonderful We Only Know So Much) and I was wondering what lessons from the past novel informed this one? Or was it a completely new experience?

Basically, it was a new experience. The main thing I brought with me from that was that I could actually write a novel. I never thought I’d write a novel, and when that one happened, it was fun, and sort of accidental, which in some ways this one was as well, but I was more willing to give it another shot since I had somehow pulled it off once before.

In your novel, the two women grapple with story, and with each other, filling in the blanks, and they come to this luminous understanding that feels richly satisfying and deeply earned. It seems to me that so much of life is in those “filling in the blanks” moments, when we misinterpret things. Care to comment?

Wow, that’s just so nice to hear. I mean, I think you’re so right about misinterpreting things. One thing is – people so often just don’t say what they mean. I’m as guilty of this as anyone. I try to be mindful of it – but it’s so hard to keep our own reactions in check, and it’s so hard to just say simply “I feel hurt or angry” without wanting to put that onto someone else instead of taking responsibility for one’s part in that. I could give so many examples, but so much of our behavior has nothing to do with other people, and yet we can take it so personally, and it creates conflict where there often doesn’t have to be any. As a fiction writer though, messy humanity = gold! (Does that all make sense?)

Real talk: The Walking Dead. I’m so not into zombies. Or I wasn’t. I might be now. Mostly I have had a longtime fascination with the idea of what it would be like if our natural resources ran out. So this is that, with zombies, and some really, really great characters.

These are all so great, I can’t think of anything better.