Growing up in Soviet Russia, moving to the US, dealing with a Soviet mother, writing and so much more: Elena Gorokhova talks about her blazingly entertaining memoir, RUSSIAN TATTOO 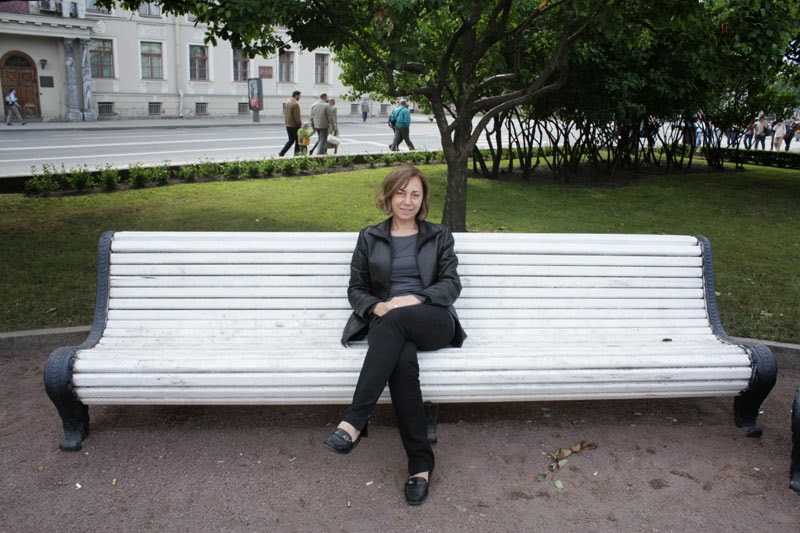 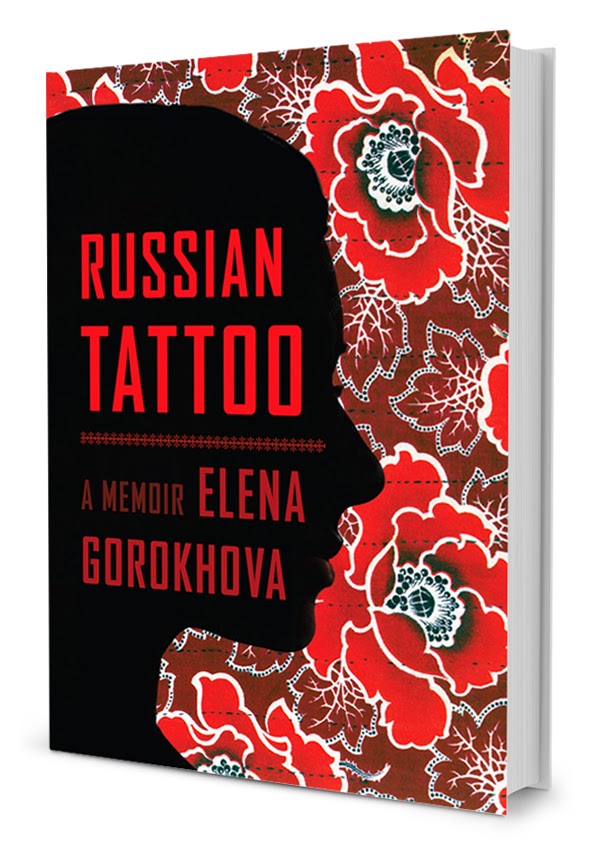 My grandparents were from Russia, something I am always very proud about, and I studied Russian for about 5 years, long enough to learn how to say "I like cucumbers" and "Where is the dog?"  I was also completely blissed when my novel Pictures of You was translated in Russian! Anyway, all things Russian fascinate me, including Elena Gorokhova's exhilarating new memoir, Russian Tattoo, which follows her wonderful debut, A Mountain of Crumbs, which was about growing up in Soviet Russian in the 60s' and 70s'.

Elena Gorokhova was raised in Leningrad, now St. Petersburg, a Young Pioneer with a red kerchief tied around her neck and a dedication to the Motherland.  But then she felt the siren song of America and begin to learn English, much to the displeasure of her iron-willed mother. Leaving for America was even more terrifying (and yes, it involved KGB), and America, the Great Unknown., gradually becomes the Great Opportunity.

Thank you so much Elena for coming on my blog. спасибо!


I  always want to know what sparked a particular book.  What was the question haunting you that drove you to write?

This book is my attempt to figure out the complex and complicated relationships to the people who are, or were, close to me: my first husband, my mother, my sister, my daughter.  It was also an attempt to understand my connection to the two places I’ve called home: Russia and the U.S.   Like all immigrants, I live with my soul split in half.  The longer one lives in an adopted country, the deeper one’s roots grow into the foreign soil, so the wound of the internal divide begins to scab over with time.  But the scar of exile will always remain.

Your book is strange and fascinating and eerie.  Can you talk a bit about the difference between what you thought America might be and what it really was?

I had very few expectations when I came to the U.S. because there was no information available in the Soviet Union about the West.  Everything I came across in my first few weeks here – from eating a hamburger to looking for a job – was unexpected and unknown.  I had no idea how to take a bus; I had never seen a multiple-choice exam; I couldn’t buy a pair of shoes.  I was an alien, and I felt like one.  America might as well have been Mars, or any other place where no one I knew had ever set foot.

Not only did you give birth to a daughter but your mother came from Russia to help care for her, and stayed on for 24 years.  Can you talk about what that was like?  Did seeing her reactions make you remember your own, or were they very different?

My first husband thought I wanted to leave Russia to flee communism, while in reality, I was running away from my mother.  My mother was the mirror image of my motherland: overbearing, protective, difficult to leave.  I knew if I had stayed, I would forever be a child, living with her in the same apartment, for years obediently spooning the borsch she had left under a pot warmer.  When my daughter (her only grandchild) was born, my mother came to help and stayed.  Then my older sister came for a visit, and she stayed, too.  We were all together again, with my mother ordering me to eat soup and wear a hat, just like back home.  It was a difficult and almost surreal time: my mother functioned as she did back in Russia, and my growing daughter, born in this country, did things that an American child would do.  I felt like a buffer between the two worlds, the place where the old and the new collided – so I constantly felt bruised.  It took me awhile – probably way too long - to realize that I was trying to control my daughter the same way my mother had controlled me.  I told my daughter what she should read, eat and study, pummeling her with unsought advice.  I realized I was turning into my own mother I’d tried to escape.

What kind of writer are you?  Do you outline?  Do you have rituals?  Do you wait around for the pesky Muse?

I don’t outline, and I don’t have rituals.  I simply chain myself to a chair in my home office.  I sit there in front of my computer and wait, and once in awhile something happens.  I type words on the screen, and if words don’t come, I just sit and look outside onto my neighbor’s lawn.  Children walk back from school.  The neighbor comes out and tosses a ball to his dog.  I wait and then the pesky Muse may feel sorry for me, and I may type a page or two, so that the next day I have something to go back to.  Anything is better than a totally blank page.  For me, revising is bliss when I have something to revise.

Two things: a new project based on my sister’s life and the state of contemporary Russia.  The former is a project I’ve always been interested in: the fate of an actress in a dictatorship (my sister was a well-known theater, film, and radio actress in Soviet Russia).  I’ve been fascinated by the process actors go through in creating a role - the real make believe, as opposed to the phony make believe we all had to live by during communism.  We pretended to believe in our bright future, which was completely fake – while Russian actors lived their roles, believing in what they did, creating the truth.

The latter obsession is trying to understand the delusional patriotism and pathetic gullibility of the people living in my motherland who applaud its massive disinformation campaigns and its alternate moral universe painstakingly created in the past 20 years by Putin and his cronies.  I will always remain Russian, and it is depressing to be a witness of how the cynical, revanchist KGB gang has taken over my country so deliberately and so completely.

Maybe the question of the language I chose to write in.  I only write in English.  It is my second language, and because I came to this country as an adult, I will always speak with an accent.  What I don’t know is whether I write with an accent.  It took me a long time to learn to write in English.  When I arrived here, for several years I read nothing in Russian, writing down snippets of good American writing in a special notebook I kept on my desk.  Now I read in both languages, but I only write in one.  It feels as if there were two brains in my head, a Russian one and an English one, and they function independently.  There is no crossover.  There is no translation going on between them.  Translation is a highly professional skill, and I am not very good at it.  My Russian brain does the speaking: with my Russian friends and sometimes with my daughter.  My English brain takes over when it comes to writing.

I have had family members who have been moving to and fro internationally and they have shared with me their stories too. I think I personally would not be able to take on the challenge of constantly moving, what more to move to another state or country for that matter. It definitely requires a lot of time, effort and emotional preparedness to go through the obstacle.