The Bard and women behind bars: Jean Trounstine talks about Shakespeare Behind Bars: The Power of Drama in a Women's Prison 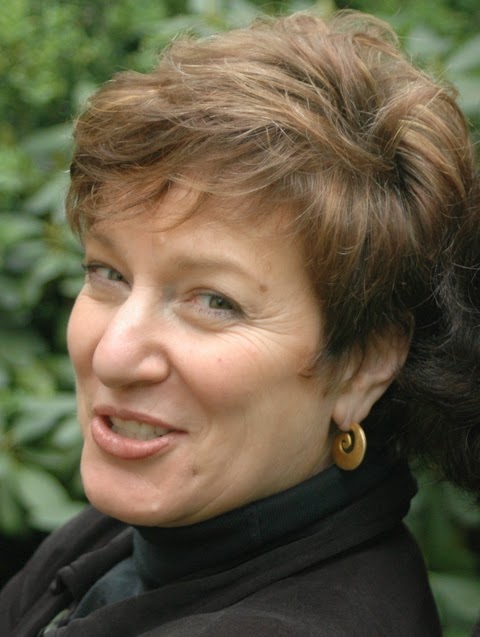 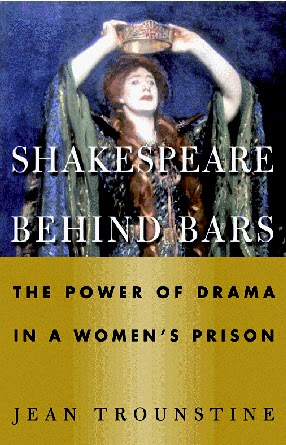 Jean Troustine is a professor of humanities at Middlesex Community College  and is the co-founder of the women's branch of Changing Lives Through Literature, an educational alternative to prison. She's been featured everywhere from The Today Show to The Connection


She published a book of poetry, Almost Home Free, and co-edited the New England best-seller, Why I’m Still Married: Women Write Their Hearts Out On Love, Loss, Sex, and Who Does the Dishes. Jean is on the steering committee of the Coalition for Effective Public Safety in Massachusetts and is currently working on a new book about the tragedy of sentencing juveniles to adult prisons.

Shakespeare Behind Bars: The Power of Drama in a Women's Prison, focuses on six women's lives at Framingham Prison and how they were changed by art.  I'm honored to host Jean here.


What made you decide to teach at Framingham Women’s Prison? Were you frightened?

I decided to teach in prison because I was offered the job to teach a college class behind bars. Being an adventurer I thought it would be different, a step up (I taught high school at the time), and I was happy to make the extra $$$. I was never frightened, not of the women. There were a few COs who scared me from time to time.

What surprised you the most about your prison experience? (i.e. how does TV and movies get it so wrong?)

My classes at Framingham often felt more like just women hanging out together with the added plus of academics. The women were regular people who had made bad choices or had bad luck or got caught up with the wrong guy. I think what I wrote in the book was probably more clearly said, but the idea is that they were Shakespearean as well in their dramas and tragic flaws. But movies and TV either diminish women's issues, turn human beings into caricatures, comedy acts, or monsters--I have yet to see a movie or TV show that accurately portrays a female behind bars.

You and I have talked about how women’s prison is so very different than men’s. Can you talk about it here for our readers?

The easiest way to think about this is like so: women bring their whole selves behind bars as do men. What issues we see in men on the outside (don't cry/be tough/loyalty is all/don't snitch) we see on the inside in many cases--but not all of course. Women --80% are mothers--do time "more emotionally" than men. A man might stab you but a woman might pee in your perfume bottle. Women want companionship, connection, community. Both men and women are lonely and most people do want to change--many more than the public thinks. In my opinion, many people absolutely do not need prison; we sentence people for way too long; punitive sentencing doesn't rehabilitate. Treatment and programs do.

Art and education can give hope and can offer redemption. So why are some prisons so loathe to put this into practice?

Education and expression are the opposite of conformity, containment, and repression. The goal of prison is to incapacitate not to allow freedom. But stats show the more education one has, the less likely they are to return to crime. So go figure.

Why was Shakespeare especially the right choice for these women?

If you can understand and embody a Shakespearean character, you can do anything :). Seriously-- I feel challenge is the key to growing and becoming all that we can be. And, as I said above, their lives often seemed Shakespearean to me.

Mass incarceration and how to stop it. Our punishment system is out of control and unfair to poor people and people of color. I'm writing a book about a former prisoner due in 2015 which will show the injustice of how we treat juveniles as adults in terms of sentencing. I also blog at Justice with Jean: jeantrounstine.com. Speaking of obsession, I tweet too about it @justicewithjean.

How can you help? Begin by seeing that most people do not want to be drug addicts, commit crime, or leave their families to do time behind bars. There is always a story behind a person who has been incarcerated. Look for the humanity and how we can fix this system. Paraphrasing Angela Davis from a talk I heard last year: prisons are incubators for outdated ideologies. The prison itself creates much of the problem, but the people need your compassion.
Posted by Caroline at 2:58 PM