The fabulous Jon Clinch talks about Belzoni Dreams of Egypt, being unpredictable, fictional autobiography, and so much more. 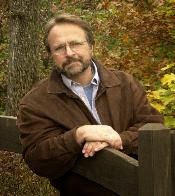 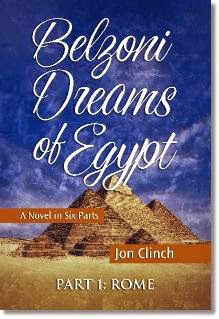 I so deeply admire Jon Clinch. Not only is he a fantastic novelist, but he's just one of the most generous writers around. And he's also very, very funny, which counts for everything. His first novel, Finn—the secret history of Huckleberry Finn’s father—was named an American Library Association Notable Book and was chosen as one of the year's best books by the Washington Post, the Chicago Tribune, and the Christian Science Monitor. It won the Philadelphia Athenaeum Literary Award and was shortlisted for the Sargent First Novel Prize. His second novel, Kings of the Earth—a powerful tale of life, death, and family in rural America, based on a true story—was named a best book of the year by the Washington Post and led the 2010 Summer Reading List at O, The Oprah Magazine.

His latest, Belzoni Dreams of Egypt is a novel in serial form--and I'm reading it now and it's extraordinary. It's also an idea so interesting, I'm going to let Jon tell you about it.

Tell us about what’s so different about Belzoni Dreams of Egypt? How is it a departure for you–and for most of publishing?

If the apparatus of publishing appreciates any quality in a writer, it’s predictability. Do more or less the same thing over and over again, and everybody stays happy. Everybody except the writer, in a lot of cases—including mine.

I’ve never been one to repeat myself. Shortly after Finn appeared in 2007, someone asked me what villain from literature I’d be writing about next. I answered that I didn’t want to be the guy who does that, and my questioner laughed and said, “The guy who does that makes a lot of money.” That’s probably true, and it might have been an easier course to take, but it didn’t interest me. So I went ahead and wrote two follow-up novels that were as different from Finn—and from each other—as they could be.

Belzoni Dreams of Egypt takes that fondness for variety to a whole new level. Finn and Kings of the Earth and The Thief of Auschwitz were all deeply serious, for one thing, and there’s nothing whatsoever serious about Belzoni. It’s a tall tale, an adventure, a romance. It’s a yarn narrated by a braggart who’s in love with the sound of his own voice. It’s a Saturday morning serial and a coming-of-age story full of carnival freaks and mummies and poison gas.

It’s the last book anybody ever figured I’d write, I can tell you that.

Why did you decide to release it serially and in parts?

Publishing is in such a state of uncertainty these days. Everything’s in flux—right down to the act of reading itself. Ebook or paper? Nook or Kindle? iPad or smartphone?

And more to the point: does anybody even read at all anymore?

Of the many forms that books take, big serious literary novels in particular tend to suffer most from the current dislocation. Readers have trouble finding them, for one thing, since book sections in newspapers and magazines are almost gone. Many folks have been trained by Amazon’s discounting model to think of reading as a kind of incidental activity that doesn’t take much investment of either money or time—and those folks are drawn more to the genres than to literary fiction. (I saw first-hand how the genres can still thrive when I self-published a science fiction novel, What Came After, under a pen name a couple of years ago and watched it rocket up to #8 on Amazon’s sci-fi bestseller list).

So I thought, “What if I take this unserious book and divide it into a half-dozen 50-page chunks and sell them for a dollar apiece, reaching casual readers at what ought to be a sweet spot of time and money?” Low commitment, low investment, low risk. Read it for a buck and move on. And Belzoni has the kind of pacing and narrative that will keep people coming back for the next installment—or at least I hope so.

The first installment, ”Rome,” is out now. The second, “Water & Bone,” arrives on July first, and the series continues through November. On December first I’ll release the complete novel both electronically and in paper.

Readers can check out an excerpt of Part One at Medium  or find it at B&N or Amazon  (Kobo and iBooks are coming soon.)

So what the heck is a fictional autobiography? What are the challenges of writing such a book?

I discovered Giovanni Battista Belzoni a long while ago in a book about British maritime history. He wasn’t much more than a footnote, but what little I learned about him fascinated me. So I did the usual Googling and then tracked down the one or two books (out of print) that had been written about him at the time. He was a colorful figure, a self-made archaeologist who pillaged Egypt while Lord Elgin was busy pillaging Greece. Born in Padua, raised in Rome, and educated by the Capuchins, he stood nearly seven feet tall and easily found work in England as a circus strongman. His strength and agility, along with his expertise in hydraulics and pyrotechnics, brought him to the attention of of Mohammed ‘Ali, the Pasha of Egypt, and from there it was short work to begin ransacking the Valley of the Kings.

The more I thought about Belzoni, the more curious I grew about what kind of outsized ego he must have had. I imagined telling the story of his life—more important, I imagined him telling the story of his life—and I saw that the modest amount that I knew about him could be turned into an entire lifetime’s narrative by remembering that he must have been an enormous bullshit artist. So there you have it. Belzoni Dreams of Egypt finds him on board a British warship, bound for the coast of Africa and his final adventure, nearly dead from dysentery, lying about his extraordinary life to an attentive seaman. The line between truth and fiction fades in a hurry.

Readers should be warned to take nothing at face value, and to look for signs of duplicity everywhere. In Belzoni’s voice, in particular. But elsewhere, too. One of the scholarly books quoted as introductory devices seems to have been written by a certain John Ray, Jr., for example—and if you haven’t reread your Nabokov lately, you probably should.

What surprised you about writing this?

How much fun it can be to write about true love. Belzoni and his wife, Sarah, were perfectly matched for one another and undertook many of their adventures side by side. Here he is, catching sight of her for the very first time:

“Heading straight toward me was the most ferociously beautiful young woman I had seen in all my life. Her walk was purposeful and confident, somehow easy and forceful and businesslike all at once, like the perfectly self-assured stride of a lioness. She was tall and slim and elegantly proportioned—not quite so tall as I, to be sure, but tall nonetheless—and she was gifted with the powerful shoulders and narrow waist of a lady pugilist. Her hair, lightly drawn away from her face and gathered loosely behind, was the color of honey mingled with chocolate. And her face—that face! its delicate shape! its clear-eyed expression!—her face was beyond improvement or description. As I watched her move toward me, I was possessed of a single thought: if the blind poet had known this woman, he’d have possessed his model for both the glorious Helen and the warlike Achilles in one matchless figure.”

You’ve taken such an unusual career path, that I’m wondering, what’s going to happen next for you?

I have a much more conventional novel in the works right now, a contemporary family story called How We Got Here, which is likely to be published in a more conventional way. Finn has been optioned for feature film development for a while now, and things have gotten extremely active over the last few months—down to casting and final script revisions and location scouting. I can’t give any details yet, but the people attached are extremely well-placed, enormously gifted, and hugely devoted to bringing that very complex novel to the screen. Kings of the Earth is under development too, as a limited-run cable series. I’ll keep you posted.

First—in the context of these film projects—the waiting. Tom Petty was right.

Second, the idea that technology has given us so many opportunities to let projects like Belzoni take the shape that suits them best. This book is perfect for serialization, but where could that have happened in the last fifty years or so? Or the last hundred years, for that matter? Serialization in magazines and private editions worked for Dickens and Twain, but those days are gone.

Unless they’re back. And I’m betting they might be.

How about, “How did it feel to write something that’s basically funny?”

Good question. My other books have actually had a good bit of humor in them, depending on where and how you looked. But Belzoni is light-hearted and funny from start to finish. I hope people are ready for it—by which I mean ready to grant me permission to do it.

On the other hand, moviegoers are only too happy to follow Woody Allen from the slapstick of “Take the Money and Run” to woeful depths of “Blue Jasmine.” So why shouldn’t readers follow me?
Posted by Caroline at 5:10 PM