Sarah Cornwell talks about What I Had Before I Had You, psychics, bipolar disorder, writing, and more, more, more 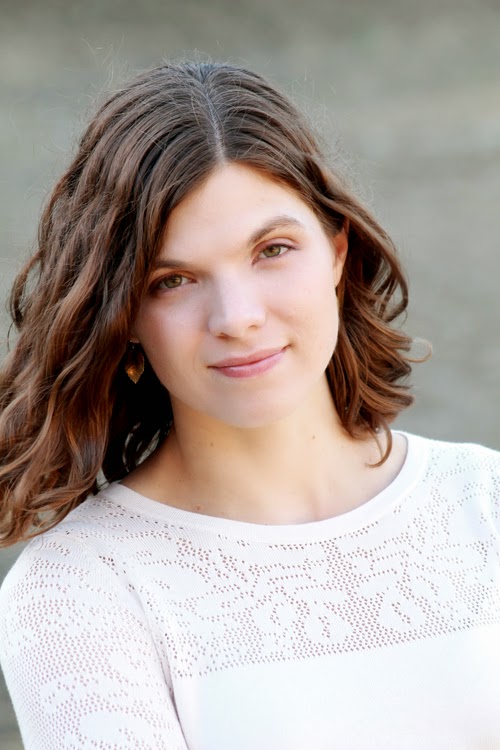 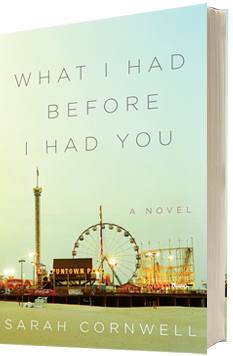 Mothers. Daughters. Family bonds. Magical thinking. I am so there. That's only part of the beauty of Sarah Cornwell's extraordinary new novel, What I had Before I had you. Sarah, the winner of a Pushcart Prize, the 2008 Gulf Coast Fiction prize, and a finalist for the Keene Prize for Literature, also has won awards for her screenwriting--the 2010 Humanitas Student Drama Fellowship. I'm so happy to have her here. Thank you so much, Sarah!

This is your debut novel, but is it your first? Are there novels tucked away in drawers? What surprised you about writing this novel? What didn’t you expect?

This is both my debut and my first novel.  I started writing it ten years ago, in 2003, and I wrote it every which way before it found its final form.  So, because I was learning as I went along, I was in a near-constant state of surprise.  It’s even surprising now, when I leaf through the book, to see what elements of the chapters I wrote at 20 have survived (voice, mostly, and character), and what elements I couldn’t have figured out without the ensuing ten years of study, practice, and lived life (everything else).


Where did the for this novel spark?

My mother had several miscarriages before I was born.  As a child, I wondered if those miscarriages were my own failed attempts to enter the world, or if they were brothers and sisters I would never know, each with a unique soul.  I started writing about Myla and Olivia with those ghost siblings in mind, and it was Olivia’s childhood—the nursery, the beach, the domineering mother, the patterns of domestic life in the Reed household—from which the rest of the story sprang.

To me, there’s nothing more haunting than a missing child. It’s every parent’s nightmare. Did you have moments writing it when you just had to stop?

Though it is a nightmarish, worst-case scenario, no—at risk of giving away too much of the ending of the book, when I invented the present day plot thread in which Olivia searches for Daniel at the beach, I had a pretty good idea of where I was headed.  That whole present day frame narrative presented itself in 2011, toward the end of the writing process. I certainly shared Olivia’s terror, but also her denial of the urgency of the situation, and finally her trust in Daniel and his own power and agency—that he was on his own journey, which Olivia could not control.

The character of the psychic mother was so nuanced and so richly drawn. Where did she come from? Did you do research?

Thank you! I don’t know where she came from. She is a million miles from my own mother.  I’m interested in the way, when you’re a child, adults seem to know absolutely everything, and Myla is sort of an amplification of that—according to her, she really does know everything, through her psychic ability.  Her rule over her daughter is absolute!  How could Olivia not rebel with great fury?

I did significant research into bipolar disorder, as it manifests both in adults and in children, and that research guided Myla’s character more and more in later drafts, and then Olivia’s as well.  From the beginning, I knew that Myla was magnetic and smart and fiercely protective of her daughter, but I didn’t know for years that I was writing toward a specific mental illness.  When I figured that out, I started into my research and let it color the story.

I went to a number of psychics as I wrote the book, as well, from $5 county fair psychics to more serious operations.  I had one amazing reading from a woman in her home, while her daughter played with a puppy and watched TV a few feet away.  At first I thought the reading was totally off-base, but I kept careful notes anyway. Then, when she was about halfway through the reading, and hadn’t deviated from this very off-base portrait of me and my life—hadn’t veered elsewhere based on my clear skepticism—I realized that while the reading wasn’t accurate about me, it was a 100% accurate reading of Olivia, down to the concept of trauma during her time in the womb that would carry over into her life.  I explained this to the psychic at the end of the reading and she said that it made sense, and that this means that I am a writer who absorbs my characters into myself, and that I should guard myself against taking on too much negative energy.  I tend to write toward what haunts or perplexes me, so I don’t see myself following that advice, but I find it fascinating and a little frightening.

In the novel, Olivia has to explore her past in order to figure out her present.  Do you think we can ever let the past go, or heal it? Or are there always scars?

I think we can only go by our own experiences of these things, but for me, the past is always there, informing the future. “Letting go” is a sort of figurative thing—we don’t actually “let go” of memories; we store them in the brain, and in aggregate, they make us who we are.  Scars, healing, letting go, holding on—I think these are all useful emotional constructs that help us make sense of the often random sequence of events that make a life.  I do think there is great power in how we choose to think about past events, though, and the metaphorical language we use to frame them--whether we choose to think of negative things that have happened as scars or as stepping stones or as water under the bridge…

Let’s talk craft. What kind of writer are you? Do you outline? Do you just follow your pen?  What’s your writerly day like?

I write in several forms, and my process is very different in each.  When I am screenwriting, which is how I have spent most of my time in 2013, I outline.  You have to outline!  Collaboration requires a much earlier articulation of the broad strokes of a story.  I do retain some of my fiction writing process, though, and spend some pre-outline time meditating on moments and characters that possess me with an urgency I don’t yet understand.

That is my fiction writing process—to seize on some moment that seems to contain more than I know—two redheaded girls swimming in the ocean, a pink nursery with empty cribs, tomato plants weighed down with fruit ripe past bursting—and investigate, in an associative way, feeling my way along a wall in the dark.  Often I have ten or twenty pages of wanderings before I figure out what the story is in a short story.  But if I feel compelled in that mysterious way, I know I’m onto something worth writing about.

My writerly day changes with my life and my job and so many factors.  I wish I were a more consistent writer, with a uniformly productive schedule, but the truth is, often I have to spend hours doing chores, walking the dog, wandering around, staring out windows, doing other jobs, etc., before whatever was percolating in my brain presents itself, and then I’ll sit down and out it will pour, sometimes in great six-hour sessions.  It’s not waiting for the muse, since I am working during all those window-staring hours.  It has taken years of practice for me to allow that this is part of my process, and not to feel guilty for the time spent not moving my fingers on the keyboard. But I do my best work when I am flexible and kind to myself.

what’s obsessing you now and why?

I’m obsessed with animals, now and always, and how we project onto them.  (A dog dies in a war movie and we weep, even as soldiers fall left and right!)  Right now I am a bit obsessed with the idea of disappearing places—sinking islands, vanishing cultures and languages.  And I’m obsessed with the world of Hollywood, in which I am working as a screenwriter—it’s a culture that still feels very surreal, very different from what I have known before, and very fascinating.

What do you know for sure WON’T be part of your next book?

An adolescent first person narrator!  As much as I love Olivia, I spent ten years with a short-sighted, frustrated, angsty teenaged mind living inside my own. It felt wonderful to write her adult perspective into the book, and now that the book is going out into the world, it feels like Olivia is growing up in yet another way. I wish her all good things in her life after the last page of the book. And I will miss her.
Posted by Caroline at 5:25 AM

HUGE CONGRATS, Sarah, on your debut! It sounds fascinating! I can't wait to read it, and I echo your remarks about "adolescent first person narrator." I am launching mine (from Steal the North) into the world tomorrow! Continued success to you! And thanks for the introduction, Caroline.

Thank you, Heather, and congrats on 'Steal the North!' It sounds wonderful; I'll seek it out, for sure. I love that you over-researched to keep new characters at bay. What a good problem to have! Hope you're having a good time getting to know them now.