Christian Jungersen talks about You Disappear, brain trauma, the uneasy question of moral responsibility and so much more 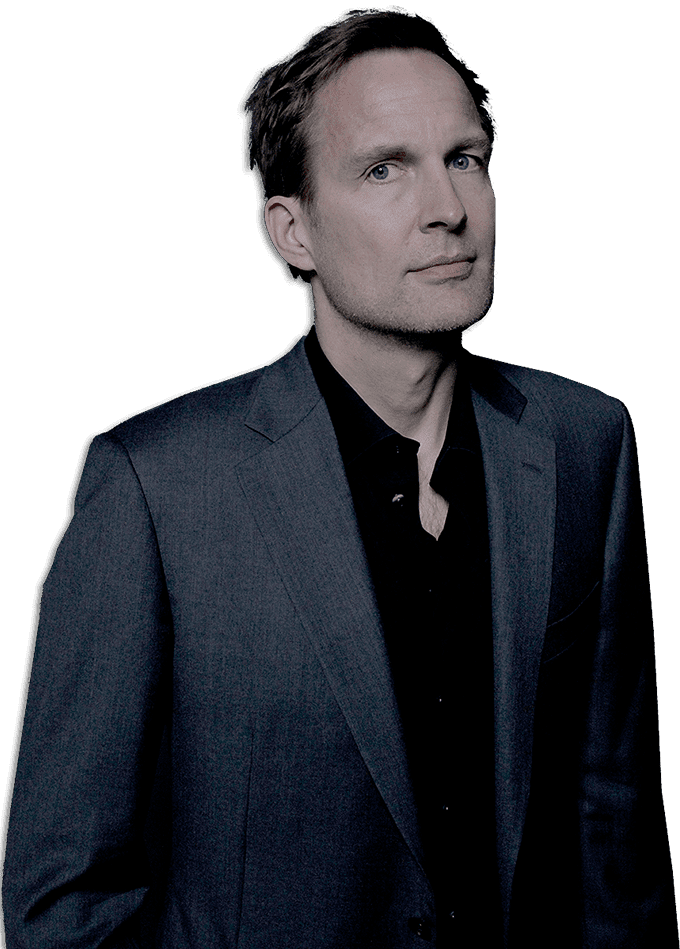 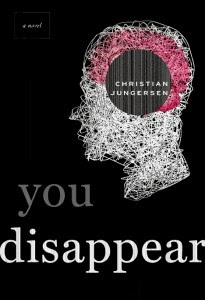 What happens when the person you love the most changes because of a brain injury? You Disappear by Christian Jungersen explores just that. Fascinating, and gorgeously written, it's a provocative novel about neurology, compassion, responsibility and so much more. It's truly one of those novels that makes you see and feel the world differently.

Jungersen is also the author of Undergrowth, which won the Best First Novel award in Denmark,  and The Exception,  which was on the Danish bestseller list for 18 months, won two Danish awards and was shortlisted for major prizes in the United Kingdom, France and Sweden. You Disappear, already a bestseller, recently won the 2012 Laesernes Bogpris, a literary prize decided by thousands of Danish library users.

I'm honored to host Christian here. Thank you so very much, Christian.

You Disappear explores how a brain injury can transform a person you thought you knew into a stranger. How did you research this? What surprised you in the research?

I got the idea for the book because I have an old school friend who’s now a psychiatrist. Whenever we would meet, I would hear stories from her work, and it struck me that her way of looking at people was very different from what I’m used to seeing in fiction. The kind of knowledge she has simply doesn’t inform fictional descriptions of people. Besides of course writing a page-turner readers would find relevant and thought provoking, I wanted to write a novel that tried to modernize the way we conceive of people in literature.

As part of my research, I got to know a variety of brain-damaged people and their families. I worked on this novel for almost five years, and several of these family members became my friends. I’ve grown quite close to some of them, and they’ve shared private details about living with someone who suffers from brain damage, details that I don’t think they’ve even shared with their best friends.
In the course of five years, this neurological world became my world. I traveled around hospitals and visited one expert after the other. The novel also features a support group for family members of people with brain damage. I got to know one such group, and I learned what an important role it can play in the lives of affected spouses in particular.

I also want to hear about the sense Mia has that many people, and not just those who are noticeably brain damaged, are not who we think they are. Can you talk about this, please?

The novel revolves around Frederik, who undergoes radical changes because of a brain tumor. But the book’s actually more about his wife, Mia, who changes a great deal too. She’s changed by the difficult challenges that someone always encounters when a person they love becomes seriously ill. And she’s also changed by all she feels compelled to learn about the brain in the course of the book.
She starts to look at other people with a neurological knowledge that she didn’t have when the book began. In some ways, it makes her more understanding and compassionate toward others. In other ways, it makes her more egotistical and less respectful. And we follow her as she changes from chapter to chapter.

Sure, she probably becomes a little paranoid toward the end of the book. She sees brain damage wherever she looks, and since the plot unfolds through her eyes, readers may well begin to see brain damage everywhere around them too.

I’ve thought half-jokingly that I might be able to measure the book’s success by how many family doctors start hating me because they’re being pestered by women who now think that their husbands may be genuinely sick in the head.

What do you feel our moral responsibility is? And in what context do you feel that someone whose brain is altered is morally responsible for his or her actions?

Oh, moral responsibility. That’s the question of free will. The world’s most intelligent thinkers have debated it for thousands of years. I have my own take on whether we have free will or not, but I actually prefer not to tell you what my position is. Let me explain.

Regardless of what I might say, it would necessarily be a simplification of the book’s world. Writing a novel is a huge job. You should only undertake it if you can get some substantial pleasure out of it that compensates for all the toil. One thing that gives me great pleasure is the potential that I have as an author to express something that just can’t be expressed in any other form. And one of the ways an author can do this is to create a world in which diverse viewpoints interact and collide with one other. My own little opinion would seem dull and uninteresting in contrast to the totality of all the different approaches to the topic found in the novel. I’m delighted when people tell me that one of my novels seems more intelligent than I am. Then my efforts have succeeded, and I’ve created a complexity and richness that is greater than what you would experience if you met me. So the book’s answer to your question is more nuanced and authentic than anything I could ever say in conversation.

What I loved most about You Disappear was the encroaching sense of dread in the book, the feeling that in a way, we've entered a funhouse world.

That’s really great to hear. It is an entirely different world. And yet I checked everything I wrote with neuropsychologists, neurologists, and psychiatrists. It’s a strange and scary world – and one that is 100% based on fact.

What's your writing life like? Do you have rituals?

Anything that works is permitted. I have a girlfriend who’s studied comp lit. She understands what’s entailed in writing a novel, so she gives me lots of room to indulge myself in the writing process. If I get an idea at 3 in the morning, then I can get up and write as long as I wish, and sleep instead the next day. My writing governs a great deal of my life – and so it comes to govern much of hers too. I’m just grateful that she’s so accepting of what it demands.

I love taking long walks with a pad of paper to write on. I also like lying down and dozing, getting ideas in a state of half dreaming. Sometimes, what’s called for is long hours of grinding away in front of the computer. Other times I might be struck by an idea while I’m out eating with friends. Then I’ll pretend that I have to go to the bathroom during dinner, while in reality I sit out there and write away on the notepad I always have with me. Anything’s permitted.

What's obsessing you now, and why?

I'm obsessing over my next novel. I have loads of ideas in my computer, but I don’t know yet which of them I should choose. Perhaps I’ll combine five of them into a single novel; perhaps I’ll twist one of them in some way that intrigues me. Or someday, an idea might hit that I’ll just know I can’t run away from.

You might have asked if there were anything I’d like to know about you. And then over lunch, we could have discussed the terrors and great joys of the writing life.
Posted by Caroline at 1:20 PM