Leslie Jamison talks about THE GIN CLOSET, whether people can really be saved, writing, and so much more 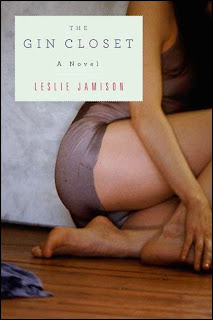 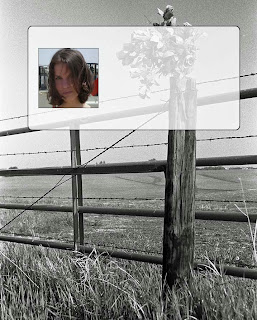 My old publicist and friend Michael Taeckens (now the marketing director at Gray Wolf) told me I would love this book, and when Michael talks, I always listen. And he was right. I was so enthralled by this novel, I wanted to reread it as soon as I finished. Set in the late 60s, it's about Tilly Rudolf, who is drinking herself to death in a trailer park. But then her niece Stella shows up and both their lives begin to be impacted. It's raw, graceful, and totally unforgettable, and I can't be more honored to host Leslie Jamison.

What sparked this novel?

The biographical answer to that question is where I usually go, when asked, so I’ll start with the short version of that: I was living with my grandmother, who was dying, and during those days I started writing about what it felt like to be confronting her failing health, and the possibility of her death; and thinking about that overwhelming difficulty and loss in relation to her long estrangement from one of her daughters—my aunt, a woman I had never met. In that sense, the book was something of a What if? that sprang from real life; I imagined a reconnection that hasn’t—yet—happened in life.

But the more conceptual answer—the one I articulate less frequently, because it lends itself less readily to articulation—has to do with the question of pain. I was interested in representing pain that doesn’t necessarily have a discrete source. As a culture, we’re attached to pain that comes from some conspicuous catalyst—old childhood wounds, traumas, misfortune. But sometimes the roots of pain are harder to trace—or harder to label precisely—and I think this is especially true for women, who often feel a sense of innate lack or wanting, an urge to harm themselves or do everything in their power to redress a sense of inadequacy they’ve almost absorbed osmosis-style from the world around them. This nebulous, sourceless, inexplicable pain is harder to talk about—and it often invites a kind of scorn or impatience. I wanted to illuminate its contours; how it might manifest. It’s also uncomfortable to talk about because it attaches to gender in tricky ways; it feels like there is something “female” about it, or can be, but that essentializing also feels perilous. I’m interested in dissecting archetypes of wounded women rather than simply re-hashing or perpetuating them.

The novel is narrated by both Stella, a young woman, and Tilly, the mysterious aunt Stella connects with, which is a deeply satisfying structure. What made you decide on this structure rather than filtering it all through the eyes of just Stella?

That’s a fantastic question; and somehow intuits the genesis of the book without my having explained it. The novel started out told entirely from Stella’s perspective—in fact, the first few drafts were just her version of the story. But I was feeling increasingly unsatisfied with Tilly’s role in the story (her name was Maddy in those early drafts) for several reasons—she felt too flat to me, as if she were entirely defined by her dysfunction, her pain, her role as a catalyst for the salvation strategies of other people. I wanted to make her fuller; to give her a self that held something beyond self-destruction and wounds. I also wanted to tell parts of her story that Stella might not have access to—more of her early life, and her experience of giving birth; in part because these portions of her history would help to bring out those parts of her (her nurturing impulse, her care for others) that weren’t necessarily illuminated by her adult life.

I toyed around with a number of structural possibilities—perhaps Stella could find letters or diary entries that narrated these experiences?—but none of these possibilities felt right. Tilly wasn’t someone naturally prone to writing everything it down; it didn’t feel right that she would have committed everything to text.

It was actually at a hotel in Detroit—I remember I was stuck there on a layover, on one of the coldest nights of the year, and I wasn’t particularly happy to be stranded—that I realized I wanted to narrate some of the book from Tilly’s perspective. This felt simultaneously daunting and liberating: I realized I could do this (no one was stopping me) and that I felt urgently compelled to do so—which meant the book I thought was done was really only halfway done. Moral? The god-function of the author is also a burden!

But it was incredible: reimagining the structure of the book, and giving Tilly her own voice, really forced me to dig deeper into her character, to sculpt her identity more fully.

So much of the book is about Stella’s attempt to save Tilly. Do you think people can ever be saved?

Wow. Big question. Hard question. Great question. I do think people can be saved, but I think that saving is never permanent or final, and “saving” never works as a fully transitive verb. Which is to say: saving is always a process—always fragile, tenuous, a structure we daily construct rather than a destination we reach—and it’s not something one person can “do” to another; it must also involve coaxing or reawakening some self-saving impulse in the one being saved.

I’d also say—for the record—that my take on whether saving is possible, or how it might work, is pretty different now than when I wrote the book. Which is interesting for me to think about. I haven’t read the novel since before it was published—probably not for four years or so—and I’d be curious to feel my own reactions if I reread it. It might be a few more years before I’m ready to do that.

What surprised you in the writing of the book?

Well, certainly the fact that it ended up including Tilly’s perspective as well as Stella’s. As I mentioned above, that was a third-draft revelation. What else? How much I liked Abe—how I gave him so many traits I admired, even while I put him through quite a bit of pain (though I suppose you could say that about all the characters…) I was also surprised by how much I enjoyed the Rashomon effect of narrating the same scene—or at least, recounting it—from two different perspectives. That’s something I’d love to experiment with even more.

There are so many wonderful moments in the book--Stella remembering a typing course, for example--that I’d love to talk about craft. How did you write this novel? Are you an outliner at all, or do you wade into the darkness and hope the story will reveal itself?

Entirely the latter, and that’s a perfect way of describing it—wading into the darkness and hoping the story would reveal itself.  I was following emotion and intuition and my own life unfolding. I have been trying to write a second novel—very different in subject and scope, about the Sandinista Revolution in Nicaragua—that involved an outline (an outline pasted on my wall, actually) but found that sapped some electricity from the process, for me. I’m still trying to figure that out.

What is it about the typing scene—or other moments—that makes you want to ask about craft? That piqued my curiosity. One of my big struggles with this book was figuring out how many of my flashback scenes actually belonged in the final manuscript—for both women—and which ones I needed to write mainly to get to know them better.

A lot of things! One of them is this whale named 52 Hertz—who has been dubbed “the loneliest whale in the world,” because his courtship song is at a higher frequency than other whales, and he’s always tracked alone. I’m less fascinated by him and more fascinated by how many other people are fascinated by him—artists, writers, ordinary lovelorn folks, singers writing songs to sing back. Of course, I’m writing about it.

It’s not like I missed this question—because I get it often enough, from lots of readers—but it’s one I’m still asking myself: Why incest? It’s not something you see that frequently; and it’s pretty striking—and kind of obscene, seems deliberately shocking—and what is it doing? What is that shock doing?

I’ve caught myself feeling a bit sheepish about the incest, to be honest, because I’m not sure I have a water-tight account of why it needs to be there—only that it seemed like what happened to these characters when they closer to each other in these confusing and uncomfortable ways. Which is to say: in truth, I’m a bit confused by my own choices. I don’t doubt them—they feel true to the book, spoken in that maddeningly spiritual/intuitive sense that authors sometimes speak about these things—but I can’t entirely provide a conceptual account of them.

If my literary-critic-self (I’m also a grad student in English) were to swoop down and start dissecting my author-self, I might say something like this: the novel is interested in non-traditional forms of intimacy, relationships that defy traditional categories of intimacy; and this was one of those—the most extreme example of that, a kind of closeness that hadn’t been given any recognizable space to inhabit; that would never be given any kind of permission or permitted category.  Incest also permits a certain kind of emotional concision in the book, by forcing the characters into a more claustrophobic triangle. All three of them have profound investments in each other; it makes a web.