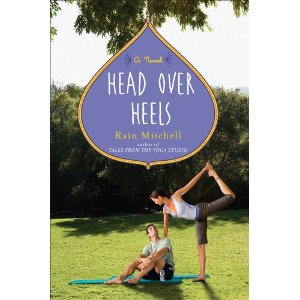 Note from Caroline: Stephen McCauley is one of the funniest, most wonderful people around. I met him at a reading a few years ago and we quickly bonded over our shared love of Liza Minnelli and hilariously bad movies, and I once talked Stephen into making mac and cheese for a Boston Globe article (he's Boston's mac and cheese king. Don't let him tell you otherwise.) He's also an incredible writer and I would probably do just about anything for him. Thanks so much, Stephen, for doing this! 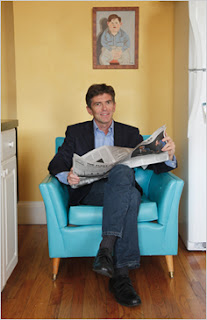 Well how wonderful to find this blog!! I read this interview, and the last couple. Ate them up! I have long loved Anne Lamott and was happy to find her interview, as well. Thanks for this space. :)

I thought that rain might be Stephen...a little bird may have told me. I think it's wonderful he is evolving this way...he could write anything and I'd love it. Great interview!!

I loved reading this interview. I read Tales from the Yoga Studio in one day and thoroughly enjoyed it. I also have read all of Stephen's novels and he is absolutely my very favorite author in the world. I have actually re-read his novels several times because I can never find any I like better! HOORAY for Stephen and Rain!