Lisa Tucker talks about Creativity, questioning and The Winters in Bloom 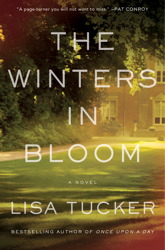 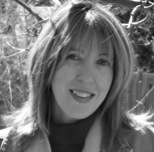 Completely kind. Totally generous and warm. And very, very funny. You can't ask for better adjectives than that to describe yourself, but these apply to Lisa Tucker. I first met  Lisa Tucker at Readerville.com, a now defunct online stomping ground for writers. Her latest novel The Winters in Bloom is about families, secrets, and the ways we navigate our lives--and it's been racking up the raves. And take a look at these other accolades: Lisa is the author of six other novels, she's been published in a dozen countries and her books have been selected for Border's Original Voices, Book of the Month Club, the Literary Guild, Doubleday Book Club, People magazine's Critic's choice, Amazon Book of the Year, Target "Breakout" books, and more. I'm honored to have Lisa write something for my blog about her process.  Thank you so much, Lisa!
All of my novels begin with a sentence that intrigues me, a sentence I simply can’t get out of my head.  In the case of The Winters in Bloom, that sentence would become the opening line of the novel: “He was the only child in a house full of doubt.”  I had to know who “he” was and why his house was “full of doubt.”
Within a week, I had the first chapter, and I knew that the child was five-year-old Michael Winter and the “doubts” he was talking about belonged to his mother and father.  The Winters are extremely anxious about Michael’s safety; indeed, they are so fearful that they made the parents around them feel better: “for if they were a bit overprotective at times—or more truthfully, when they were overprotective—at least they were nowhere near as bad as David and Kyra Winter.”
Of course I still didn’t know why the house was full of doubt, what had made David and Kyra so fearful.  And by the end of chapter one, two new questions were haunting me.  Where was Michael and who was the mysterious woman who’d come into the Winters’ backyard and taken him away?
Obviously, I’m one of those fly-by-the-seat-of-the-pants writers.  I’ve never made an outline until after I’ve finished my first draft.  Then I can see the story and I make lots of outlines: to access the emotional arc of the story, to evaluate the momentum of the plot, and to trace the development of each character.  But while I’m writing, I feel like I pray the reader will feel.  I’m driven by curiosity to find out who these people are and what will happen to them.
Admittedly, I become somewhat obsessed while I’m writing a novel.  I find myself thinking about the story everywhere: in the shower, while I’m driving or cooking or even listening to my family or friends.  My son calls me “286” when he realizes I’m not paying attention—referring to the old computer we had before he was born, with a very slow processor: the IBM 286.
I never think about themes while I’m writing, but of course I wonder what the book will mean to readers when it goes out into the world.   In the case of The Winters in Bloom, I’ve been told that it’s about learning how to forgive other people and especially ourselves.  Kyra and David Winter had been keeping secrets from each other: to find Michael, they have to travel through time and accept who they’d been and what they’d done.  As odd as it sounds, I feel very lucky that they trusted me to guide them on that journey.
Posted by Caroline at 8:46 AM

What a lovely piece, Lisa. I cracked up when you said your son calls you 286, a slow processor. Boy does that describe me when it comes to thinking about my writing. I do an awful lot of percolating before the actual writing begins. But I especially love that you're "driven by curiosity to find out who these people are and what will happen to them." What a wonderful way to write and enjoy the process. Thanks, Caroline, for introducing me to a new author. I'm off to add WINTERS to my to-be-read list!

Awesome, Lisa. The description of an opening sentence leaving the reader with questions is so simple and understandable.
I was glad to see that it's okay to not know where the writer will end up and an outline is not necessary, perhaps until the 2nd draft.